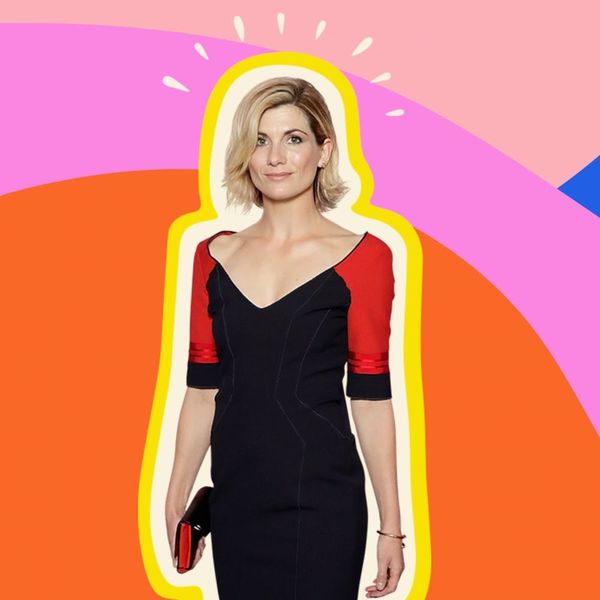 There’s a new Doctor in town, and she’s a woman! For 54 years, we’ve watched as Doctor Who‘s main character, the Doctor, has undergone no less than 12 physical transformations, thanks to his ability as a Time Lord to regenerate into a new form when critically wounded. From the original, grumpy and white-haired William Hartnell to the much younger (and debonair!) David Tennant, the Doctor has been just about everything — everything, that is, except a woman.

That’s all about to change, however, as BBC execs have just announced that they’re turning the show on its head with the introduction of a brand NEW Doctor: one Ms. Jodie Whittaker. Is your mind blown yet? Ours too.

“Meet the Thirteenth Doctor,” they wrote on Twitter, along with a clip of a robed figure seen traipsing through the woods before a key appears in her hand and she removed her hood to reveal Whittaker’s face.

While the show has seen other Time Lords morph between genders, such as The Master, who became The Mistress, it’s a first for the show’s lead.

Whittaker, best known for her role as Beth Latimer in Broadchurch, spoke to the BBC about her new role, saying, “It feels completely overwhelming, as a feminist, as a woman, as an actor, as a human, as someone who wants to continually push themselves and challenge themselves, and not be boxed in by what you can and cannot be. It feels incredible.”

She also expressed her excitement in a separate piece, saying, “I’m beyond excited to begin this epic journey — with Chris and with every Whovian on this planet.”

While there’s definitely been some backlash from those that would be horrified to see the good Doctor take on a female form, there’s been plenty more that are just as excited as Whittaker is, and ready to shut down any would-be haters.

I don't know anything about or care about Dr Who but I'm delighted it's finally a woman. An important choice & will be inspirational to kids

Me when all the little man babies find out the new #Doctor13 #DrWho is a woman 😂😂😂 pic.twitter.com/5bql9OS49P

Me anticipating all the misogynist tears over the new Dr Who pic.twitter.com/pOlqbra90v

I do not know too much about this "Dr. Who" you speak of, but I am very happy when rude dudes of the Internet are mad, SO YEAH DR. WHO!!!

Catch her first appearance in the upcoming Christmas special before she’ll fully regenerate from Peter Capaldi’s character in the show’s 11th season, set to air in 2018.

Are you excited for the next season of Dr. Who? Let us know over @BritandCo.