Doing This Is the Best Way to Prevent Suicide, According to Experts 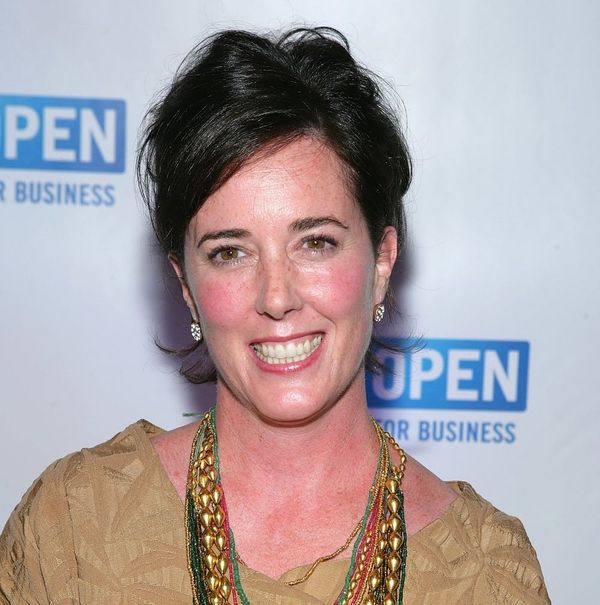 An honest look at the ways women are taking care of body and mind.

The tragic deaths of designer Kate Spade and TV star and writer Anthony Bourdain last week brought suicide to the forefront of national conversation. These high-profile deaths are indicative of a broader, alarming pattern of rising suicide rates in the US. According to the Centers for Disease Control and Prevention (CDC), suicide rates increased in almost every state between 1999 and 2016. Deaths by suicide are on the rise, leaving many people wondering how they can help.

Suicide is a complex problem, and the reasons why a person may end their life vary. While mental illness sometimes contributes to a death by suicide, suicide “is rarely caused by any single factor,” according to the CDC. In fact, the CDC states that many people who die by suicide aren’t known to have a diagnosed mental health condition at the time of death, in the first place. In some cases, such non-diagnosis can be because of a lack of access to diagnostic mental health care, but it isn’t always so simple.

But the CDC points out that other hardships can also contribute to suicide deaths: family and relationships struggles, substance use, a person’s physical health, legal or financial difficulty, housing access, and more.

Jess Stohlmann-Rainey, a suicide attempt survivor and advocate who is also a supervisor for Colorado’s peer support line and member of the American Association of Suicidology (AAS), tells Brit + Co that many people rush to attribute a death by suicide to mental health issues because “when we can label something, it’s easier to marginalize it.” As Stohlmann-Rainey sees it, the presumption of mental illness can make the idea of death by suicide feel less possible and more remote. It helps a scary, complex tragedy make sense.

Mental illness — and the stigmas that go along with it — put distance between non-suicidal people and suicide. But the flipside is that, because mental illness isn’t the only thing that can contribute to suicidal thoughts, it can be dangerous to assume mental health (or any one aspect of a person’s life) is the only risk factor for suicide.

Clearly, suicidal struggles are complicated, and the causes will vary from person to person. However, there are still straightforward ways anyone can be helpful to a person contemplating suicide.

how you can help

According to Stohlmann-Rainey, “Someone who is really struggling often feels like they are a burden, so asking for help can be hard. We need people to step up when something doesn’t seem right and be the ones to reach out.”

Dr. Jill Harkavy-Friedman, Vice President of Research for the American Foundation for Suicide Prevention (AFSP), agrees that it’s okay to directly address suicide with a loved one you’re worried about. “Tell them the concerns you have and ask if they are okay,” she says. In these conversations, it is vital to be “compassionate, non-judgmental, and to listen.”

Stohlmann-Rainey also suggests responding with, “Thank you for telling me; I have some ideas of how to help,” if someone says they are suicidal. It’s okay if you don’t have ideas off the top of your head — you can always turn to online resources such as the AAS and AFSP for guidance.

It’s important to acknowledge that a person’s experience is their own and not to argue with them about their feelings, even if you have a different perspective. Just listen and show compassion for what they are going through. You can also ask the person what they need to feel supported.

“You can’t convince anyone [to not take their own life],” Harkavy-Friedman says. “But you can show and tell them you care and want them around regardless of the capacity… It’s about compassion and respect.”

When talking to someone who is thinking about suicide, Stohlmann-Rainey says she doesn’t seek to take suicide away as an option, but rather come up with other options that hopefully sound better than dying. “I think that we ought to do everything we can to give people as many options as possible, and the ultimate decision about the outcome belongs to the person in crisis,” she tells us. “Ideally the options we give them will work.”

The role of mental health care

While mental health care is not necessarily enough to prevent suicide on its own, it can be an instrumental resource for reducing risk.

“Like any other condition, if you know you’re at risk for suicide, then you want to engage in the kind of health care that will at least help you deal with the stress when it comes along. It’s about being mindful of it and taking care of yourself,” Harkavy-Friedman says.

Access to “trauma-informed and culturally responsive care” is especially important, according to Stohlmann-Rainey. The mental health care field is not necessarily geared toward marginalized people, so mental health professionals need to make sure they can offer care that is effective for people of different sexualities, races, genders, and economic statuses. Stohlmann-Rainey also advocates for peer-based support, where suicidal people, suicide survivors, and others who are struggling can connect with one another.

Ultimately, Stohlmann-Rainey says that as a society, “we need to be focusing on creating conditions where people aren’t in suicidal crisis, to begin with.” This means creating strong support networks and placing value on our communities. It also means being cognizant and compassionate when someone is going through a dark time.

“All suicide is preventable,” Stohlmann-Rainey says — that is, if we can learn how to connect with one another.

Elizabeth King
Elizabeth King is a politics, history, and culture writer based in the Twin Cities. She is generally pretty cranky but still enjoys traveling, music from the early 2000's, and plotting the resistance. Feel free to say hi on Twitter at @ekingc or check out some of her work at www.elizabethcking.com.
Mental Health
Womens Health
Mental Health Taking Care