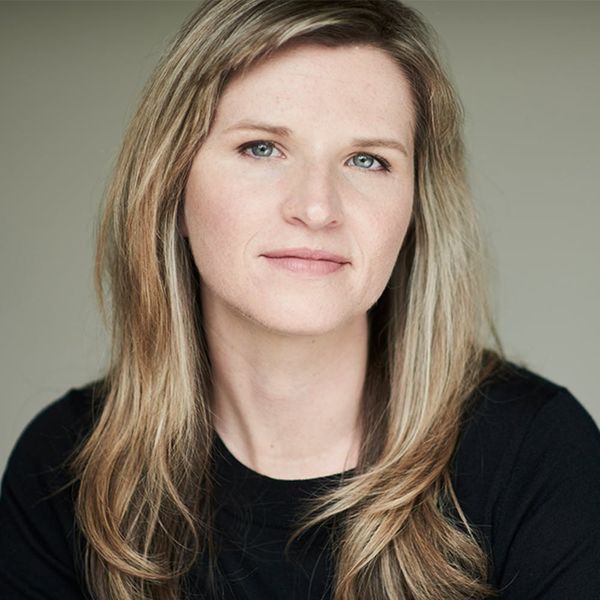 Tara Westover doesn’t know the exact date when she was born, but she’s narrowed it down to a couple of days. Born into a deeply religious family with a survivalist father at the helm, Tara’s childhood in the rural mountains of Idaho was spent very much on the outskirts of society. “We have no medical records because we were born at home; we have no school records because we’ve never set foot in a classroom. At this moment, according to the state of Idaho and the federal government, I do not exist,” Westover writes in her buzzy new memoir Educated, which critics have been raving about since its release in February.

Because her father harbored a profoundly unsettling distrust of the government, Tara and her siblings were not afforded basic necessities — namely, they were never treated by a licensed doctor and they were not allowed to attend any type of traditional school. Instead of doing homework and playing with friends, the children spent their days stockpiling home-canned peaches for their “head for the hills” bags, picking and stewing herbs for their mother, and salvaging metal for their father’s junkyard (a dangerous activity that resulted in many injuries that went untreated by medical professionals).

Tara’s older brother Tyler had always loved reading and listening to music, a pastime that never jibed with their other siblings. After getting the opportunity to enroll in eighth grade despite having no formal education, though he was forced to quit just a year later, Tyler was hooked on the idea of getting a formal education. He eventually bought himself a few textbooks and managed to learn enough to score high enough on the ACT to get accepted into a local college.

One day when Tyler was home from his studies, he walked in on a horrific scene: Their brother Shawn (a pseudonym) was aggressively choking Tara, because he thought she’d been making eyes at a local boy in their hometown. After seeing this appalling incident, Tyler knew he had to help Tara get away from the situation and tried his best to convince her to apply for a local college. Explains Westover of her situation, “I knew how my life would play out: When I was eighteen or nineteen, I would get married. Dad would give me a corner of the farm, and my husband would put a house on it. Mother would teach me about herbs, and also about midwifery, which she’s gone back to now the migraines were less frequent. When I had children, Mother would deliver them, and one day, I supposed, I would be the midwife. I didn’t see where college fit in.” But once Tyler told her that she could study music and potentially earn a job as a choir director with a college degree, Tara was convinced. She invested in a few textbooks, studied meticulously for the ACT, and secured her place at Brigham Young University.

It was during this time that she learned about all the things her father hadn’t taught her. In her first American History class, she came across a word she had never heard before and asked the professor what it meant, only to have the entire class stare at her in disbelief. “I stayed in my seat until everyone had gone, pretending the zipper on my coat was stuck so I could avoid looking anyone in the eye,” she writes. “Then I went straight to the computer lab and looked up the word Holocaust.” Westover’s stunning new memoir follows her journey throughout her remarkable childhood and throughout her one-of-a-kind journey to receive an education — from her awkward encounters as an undergraduate at Brigham Young University to the proud moment she received a PhD in history at Cambridge.

Brit + Co: What made you decide to tell this story now?

Tara Westover: I wanted to tell a story about family estrangement, but I felt that story had to be written when I was young, before the ending was known. It is more common for authors to write stories of estrangement when they are 50 or so, when their parents have grown old and there has been a reconciliation, or the parents have passed away and the author is reconciling with their memory. Those books are wonderful, but when I was in the chaos of losing my own family — living every day in a state of chaos and uncertainty — they didn’t speak to me because they were too resolved, too neat. I was 28 when I started writing, and my parents were relatively young and in good health. I knew we might be living with our estrangement for many years, and I felt that I needed a way to understand it, to understand what forgiveness might mean in the absence of reconciliation. So that’s the book I wrote. I wrote about what it might mean to reconcile with yourself when other kinds of reconciliation are not available to you.

B+C: In Education, you often write about the serenity and beauty in the landscape of your childhood in Idaho, specifically the “Indian Princess” mountain. Was it hard for you to separate the good and the bad memories from your childhood?

TW: There was a lot of beauty in my childhood, and it surprised me to discover that the beauty was very difficult to write about — much more difficult than ugly things. I could write very calmly about my brother Shawn’s temper, his violence, his need for dominance and control, but it was very painful to write about the lovely things — the beauty of the mountain, the ring in my mother’s voice when she laughed, the way she looked standing at the kitchen counter canning peaches. These were the things about my childhood that I had loved the most, and these were the things that I had lost. It was painful to be so close to them and know that I would never have them again. Like attending the wedding of someone with whom you are still in love. Things stayed with me for days after I wrote them. I felt haunted by them.

B+C: Your brother convinced you to start studying for the ACT by telling you that you could get a degree in music, but during your time at university you quickly became fascinated with history. What was it about history that intrigued you so much at the time?

TW: When I growing up, the only perspective on history that I had access to was my father’s. His view of the world, and of its history, was my view. Until I was 17. That’s the age I was the first time I set foot in a classroom. I began to learn about history — the important historical events my father had never taught me about, such as the Holocaust and the civil rights movement. I learned about the uncertainty of history, how many different perspectives there are and ways of interpreting what had happened. As a child, I had only had one perspective: my father’s. Now I had access to many perspectives, and I had to examine them all, choose which one to make my own. It was an important step to forging my own mind, my own opinions, my own perceptions. It was through studying history that I first came to have a different view of the world from the one I’d been raised with.

B+C: How has your family reacted to the memoir?

B+C: What’s next for you? Do you have any plans for writing another book?

TW: I have no idea what’s next. I’m open to whatever comes along. I may well try to write another book. In fact, I think that’s likely.

Have you picked up a copy of Educated yet? Tweet us your thoughts by mentioning @BritandCo.

Ashley Macey
Ashley Macey is a lifestyle freelance writer who loves all things fitness, wellness, and creativity. When she's not exploring her home in the Pacific Northwest with her dog Max, you'll probably find her curled up with a good book and some hot tea. Follow her daily jaunts on Twitter.
Education
Creativity
Education Girlboss inspiration Interview
More From Creativity