Science Explains How Long Election Depression Is Expected to Last 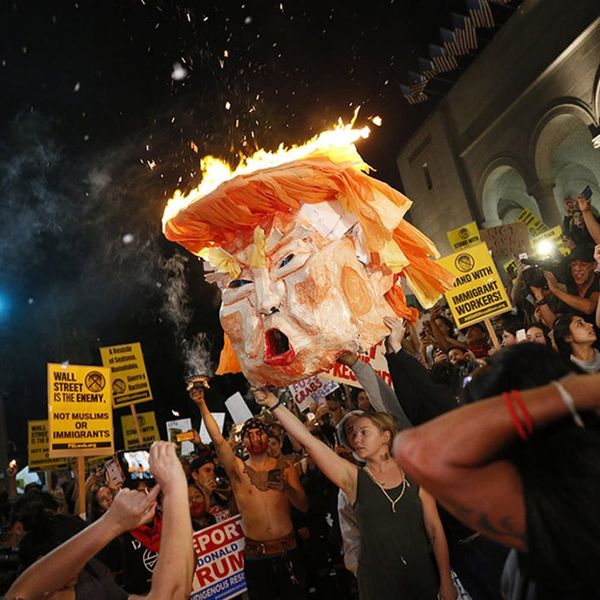 It’s been an emotional week, y’all. Whether you’re super bummed about the election results or feeling okay about it all, the events following Trump’s win have evoked a ton of emotions for the people of America — sadness, hope, exhaustion, fear… should we keep going? If your Facebook feeds are still saturated with long and opinionated posts, you might be starting to ask yourself how long this unrest is going to go on for. And to be honest, we can’t really tell you that. We’re venturing into uncharted territories here. However, a study conducted after the 2012 election can offer some insight on how long the election blues are expected to last.

According to a study published in the Journal of Experimental Political Science, the intense post-election depression you might be feeling could start to “dissipate within a week after the election.”

The study followed roughly 210 Republicans and 111 Democrats in the weeks following the 2012 election. Romney supporters reported a 30 to 60 percent drop in happiness immediately after their candidate lost. But when checked in on by researchers seven days later, they reported that their happiness had risen back to a normal level.

That being said, Trump isn’t like any other President-elect we’ve had before. His tactics and proposed plans are severe and don’t align with many Americans on not just a political but a moral level, as well. Will everything be coming up roses by next Wednesday? We’re going to say probably not this time. But maybe by then we’ll all have had a chance to take a deep breath and figure out a constructive way to get through the next four years together.

Cortney Clift
Cortney is the senior writer and special projects editor at Brit + Co. She typically covers topics related to women's issues, politics, and lifestyle. When she's not buried behind her computer you'll find her exploring New York City or planning her next big adventure.
Politics
Pop Culture
Politics
More From Pop Culture