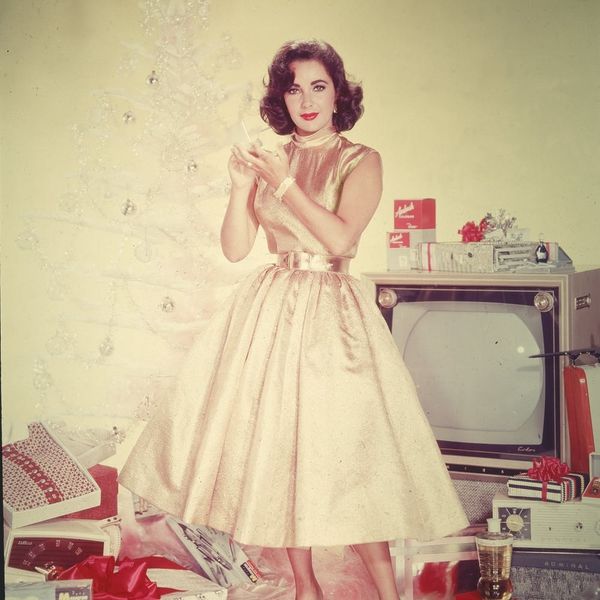 Elizabeth Taylor was the epitome of Hollywood glamour. Not only was she an Oscar winner, but she was also a marriage enthusiast (eight times down the altar to seven men), AIDs activist, fashion icon and perfume mogul. And she definitely knew how to rock a cat-eye (see: Cleopatra).

She was also very human. In 1988, the actress wrote a book, Elizabeth Takes Off, where she candidly talked about overcoming addiction, struggling with her weight and body shamers and developing a diet plan that worked for her. This “Taylor-Made” diet consisted of a lot of fruits, vegetables and fish, and often in… creative combinations.

Breakfast would be dry toast with a piece of fruit or cottage cheese and sour cream mixed together and poured over fruit. Snacks could be veggies with a dip made of yogurt, blue cheese and spices. Meal options included the relatively mundane swordfish with lime and true taste-bud testers such as tuna salad (tuna with tomato paste, grapefruit and mayonnaise) and a peanut butter and steak sandwich. Yes, PB and steak.

There were some fun indulgences allowed on her diet too: controlled pig-out days and chocolate martinis, a mixture of vodka, Hershey’s syrup and Kahlua, and an apparent fave of Elizabeth and Rock Hudson on the set of Giant.

Most importantly, Elizabeth said the key to keeping the weight off is having good self-esteem. “You have to try to get your head at the right place,” she said in a 1986 New York Times interview. ”Where you can make it click. Without that inner click it doesn’t matter how many fad diets you go on.” So while you may not necessarily want to eat like a movie star, you should absolutely think like (this) one.

What’s the strangest food combo you’ve tried? Share it with us @BritandCo!