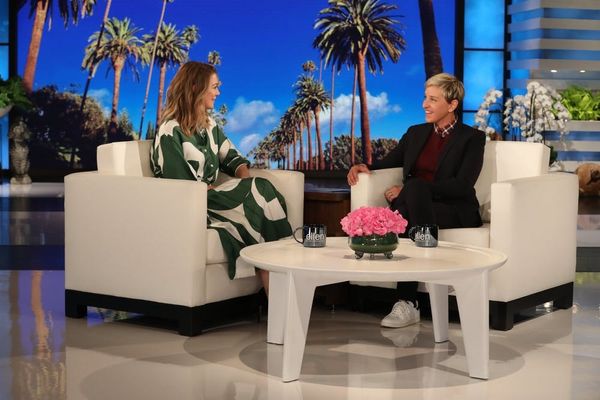 Despite recent claims that Grey’s Anatomy’s upcoming 16th season could be its last, star Ellen Pompeo now says that the show is too popular — and too meaningful — to pull the plug anytime soon.

“There’s just no end in sight,” Pompeo said during an appearance on The Ellen DeGeneres Show on Tuesday, October 23. “The show is so popular.”

But it’s not just the ratings that make the long-running medical drama a worthwhile endeavor: Pompeo shared a poignant story that has left a mark on how she approaches the job.

“The first episode I directed, a teenager was in the show, and he was gay, and he played a gay character on my show,” she said. “After we had filmed the whole episode, he said to me, ‘You know, my whole life, I’ve watched this show with my parents. And I used the show as a way to sort of tell my parents that I was gay, and to show my parents that it’s okay, I’m not different, there’s nothing wrong with me. Grey’s really helped my parents understand what having a gay son meant, and that it wasn’t necessarily a bad thing.'”

Pompeo became overwhelmed with emotion as she told the story, choking up as she went on to explain that for the young actor, having his parents see him on the show meant “everything.”

The actress, who has starred as Dr. Meredith Grey since the show’s debut in 2005, previously made her future on the show — and the future of the show in general — sound uncertain in a recent interview.

“I’m clearly not prepared right now to make any kind of formal announcement about what my future is on the show, but I am really feeling like we have told the majority of the stories we can tell,” she told EW in September. “It’s about time that I mix it up. I’m definitely looking for a change.”

As of now, Pompeo is contractually on board until the end of season 16.

Do you think there is still more meaningful work for Grey’s Anatomy to do? Let us know @BritandCo.