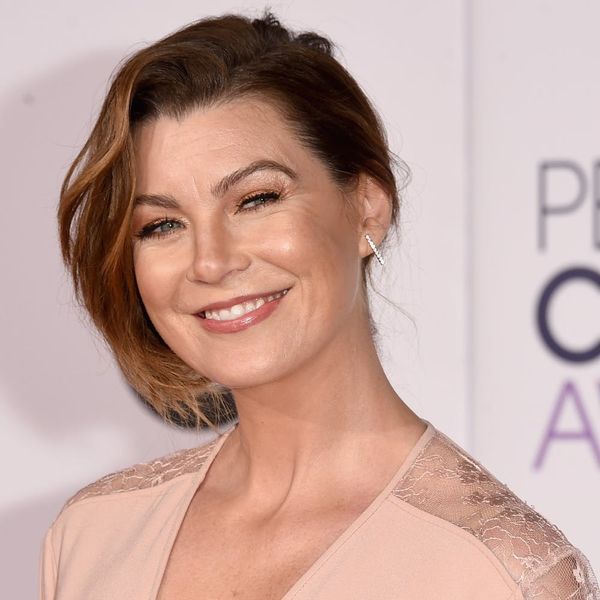 Grey’s Anatomy, currently in its 14th season, may not be officially renewed for next season yet, but fans can rest easy: Leading lady Ellen Pompeo just signed on for two more years of the show, and in the process, she became the highest-paid dramatic actress on TV.

In a new interview with The Hollywood Reporter, Pompeo got very candid about her recent contract negotiations, which ended with her signing on for seasons 15 and 16. She’s now set to make a whopping $575,000 per episode, but that’s not even close to all she fought for: She’ll also receive a seven-figure signing bonus, increased residual payments from past seasons, a producing fee on both Grey’s and the upcoming firefighter spinoff, plus office space for her Calamity Jane production company. Phew.

Pompeo told THR that being able to ask for what she wants at this stage in her career has a lot to do with her age (48) and experience, but she also said that the show’s creator, Shonda Rhimes, more than had her back. Rhimes recently revealed that she and the actress have a pact: As long as Pompeo still wants to do the show, they will. And Rhimes has done everything she can to keep her star happy.

“As a woman, what I know is you can’t approach anything from a point of view of ‘I don’t deserve’ or ‘I’m not going to ask for because I don’t want other people to get upset,'” Rhimes told THR. “And I know for a fact that when men go into these negotiations, they go in hard and ask for the world.”

Pompeo said that her longtime costar Patrick Dempsey often factored into her negotiations over the years, and that it wasn’t until he left the show in 2015 that she felt she could fully leverage her own star power to her advantage.

“They could always use him as leverage against me — ‘We don’t need you; we have Patrick’ — which they did for years. I don’t know if they also did that to him, because he and I never discussed our deals,” she told THR. “At one point, I asked for $5,000 more than him just on principle, because the show is Grey’s Anatomy and I’m Meredith Grey. They wouldn’t give it to me.

“I could have walked away, so why didn’t I? It’s my show; I’m the number one,” she continued. “I’m sure I felt what a lot of these other actresses feel: Why should I walk away from a great part because of a guy? You feel conflicted but then you figure, ‘I’m not going to let a guy drive me out of my own house.'”

The recent Time’s Up initiative was a big part of Pompeo’s decision to fight hard for her own financial empowerment. And, she says, maybe most importantly, she wants to set a good example for her own children.

“Now my 8-year-old daughter gets to come here and see fierce females in charge,” she told THR. “She’s growing up in an environment where she’s completely comfortable with power. I don’t know any other environment in Hollywood where I could provide that for her. Now I hope that changes…and soon.”

Have you ever had to negotiate a contract? Let us know @BritandCo.