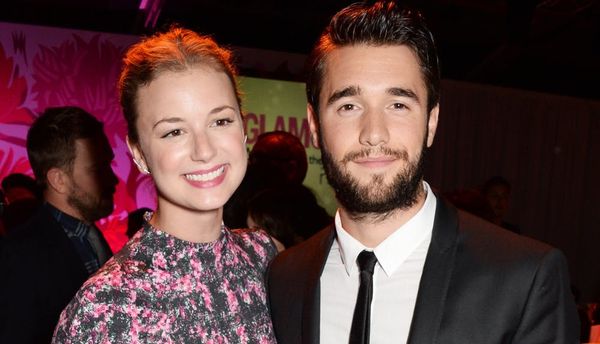 Revenge may not have ended in happily-ever-after for Emily Thorne and Daniel Grayson, but it did bring together the actors who played them, Emily VanCamp and Josh Bowman. The former costars tied the knot on Saturday, December 15, in the Bahamas, according to reports.

VanCamp and Bowman started dating in 2012, shortly into Revenge‘s four-season run, but they kept their relationship largely out of the spotlight. “Josh and I keep it all very separate,” VanCamp told Elle Canada in 2014. “I barely talk about him in interviews, to be honest.”

Their show ended the next year, in 2015, but their off-screen romance continued, and in May 2017, VanCamp announced their engagement on Instagram. She shared a photo of herself covering her face with her hands to show off her gorgeous diamond ring, captioning it simply with a heart emoji.

“He did good,” the Everwood alum later gushed to Entertainment Tonight about the proposal. “It was in a forest. We were in nature on a hike kind of doing what we do. It was very, sort of, us. So yeah, it was great, beautiful.”

In May 2018, she again took to Instagram to mark the one-year anniversary of their engagement. “A year ago today I said yes to this man,” she captioned a photo of them together. “Wouldn’t want to do life with anyone else.”

Congratulations to the newlyweds!