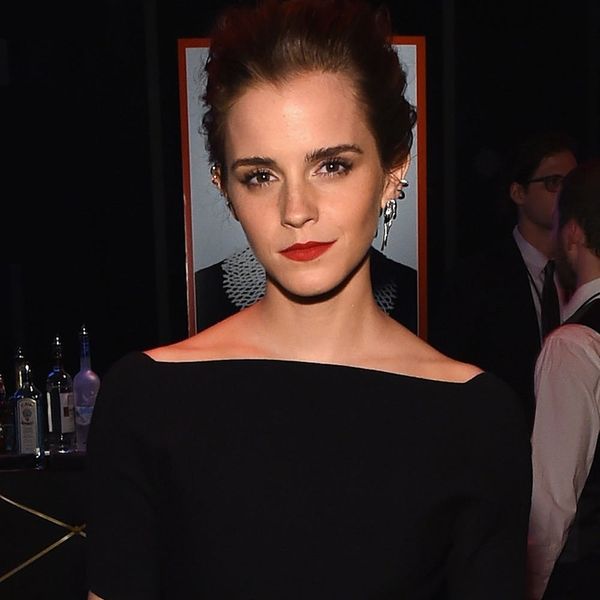 When Hollywood gets the casting of a film juuuust right, it really makes all the difference. Sometimes studios miss the mark a little bit (ahem, 50 Shades of Grey), but for the (much more PG) live-action Beauty and the Beast remake, Emma Watson’s role as Belle is utter perfection. And although we have been treated to a teaser trailer and a few behind-the-scenes snaps, we’ve yet to actually get a good look at Emma actually acting as Belle. However, in the newest clip Disney has released, we are finally treated to a first look.

The quick, 48-second clip is a sneak peek of the upcoming remake and part of a full bonus feature that can be seen on the 25th Anniversary Edition DVD of the original animated film. Funny how this whole marketing thing works, eh? Anyway, in this snippet, the film’s director chats about the remake and why they’ve chosen to attempt to remake a pretty much perfect movie. Answer: new technology.

But the highlight of the clip is definitely the table read between Emma Watson and Dan Stevens (who plays the Beast) that was caught on camera. In the few seconds they’re shown, we’re able to experience Emma as Belle, as she’s subtly teasing the Beast about his book of choice, King Arthurand the Round Table. She’s smart, witty and entirely perfect for the role.

Now, we just have another SEVEN months to wait.

What are you most excited to see in the live-action Beauty and the Beast remake? Share with us on Twitter @BritandCo.

Cortney Clift
Cortney is the senior writer and special projects editor at Brit + Co. She typically covers topics related to women's issues, politics, and lifestyle. When she's not buried behind her computer you'll find her exploring New York City or planning her next big adventure.
Disney
Movies
Disney
More From Movies