Everything You Need to Know About the 2017 Primetime Emmy Awards 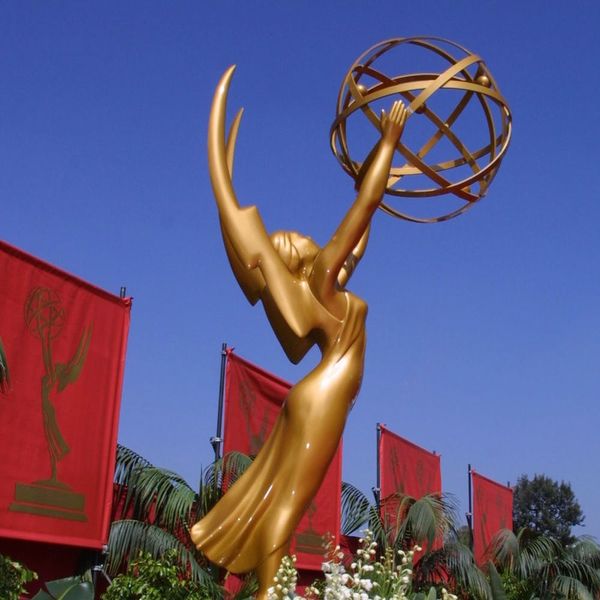 Roll out the red carpet! The 69th Primetime Emmy Awards will take place on Sunday, September 17, 2017, at the Microsoft Theater in Los Angeles. To make sure you don’t miss any of the action, we have the rundown on everything you need to know about this year’s show and the nominees.

Read up on all the info below, and check back for updates as the ceremony nears. Happy Emmys, all!

The Emmys will air live on Sunday, September 17, starting at 8pm ET and 5pm PT on CBS. The network won’t show red carpet arrivals, but E! will be serving all the best looks on their Live from the Red Carpet special prior to the show, starting at 6pm ET. (There’s also a Countdown to the Red Carpet special at 4:30pm ET.) CBS will be streaming the Emmys through its All Access platform, but you have to subscribe to access it.

Stephen Colbert will take a break from his CBS Late Show desk to make his Emmys hosting debut. We already know he’ll bring the jokes, but we also wouldn’t be surprised if he put his epic song-and-dance skills to use at some point.

HBO’s Westworld and NBC’s Saturday Night Live lead the pack in nominations this year with a whopping 22 each. We’ll also see proven Academy of Television Arts & Sciences faves such as Veep and Modern Family compete once again, and newcomers This Is Us (10 nominations) and The Handmaid’s Tale (13 noms) are likely to take home some hardware too.

Check out the nominees for Best Drama Series and Best Comedy Series below, and see the full list of nominees here.

Who has already won?

The Creative Arts Emmys took place on September 9 and 10, recognizing technical achievements, guest acting roles, and reality, documentary, variety, and animated programs. Notable wins included Alexis Bledel for her role in The Handmaid’s Tale, Melissa McCarthy for her hilarity on SNL, and Ava DuVernay for 13th, her powerful documentary about race and mass incarceration in the US. Check out the full list of Creative Arts Emmy Awards winners here.

Is there anything new about this year’s show?

While it’s not new, many were surprised to learn this year that there are no gender requirements for performer categories. When Billions actor Asia Kate Dillon, who is non-binary, questioned the Academy on its actor/actress submission choices, they quickly responded that the Academy “supports anyone’s choice to [submit under either category for any reason], and the Academy is not going to do any sort of check.”

Will there be any special acknowledgements?

Each year, the Academy honors television performers and industry personalities who have passed away in the previous year. Sadly, the world lost so much talent in 2017, including Mary Tyler Moore, Adam West, and Jerry Lewis.

Whether there’s an unannounced presenter, a host bit we didn’t see coming, or a dark horse getting the win, there are always some small surprises in store on Emmys night. Unlike, say, the MTV VMAs, drama and beefs aren’t really a part of Emmys history, but, hey — expect the unexpected.

Will you be watching the 2017 Emmy Awards? Let us know @BritandCo!