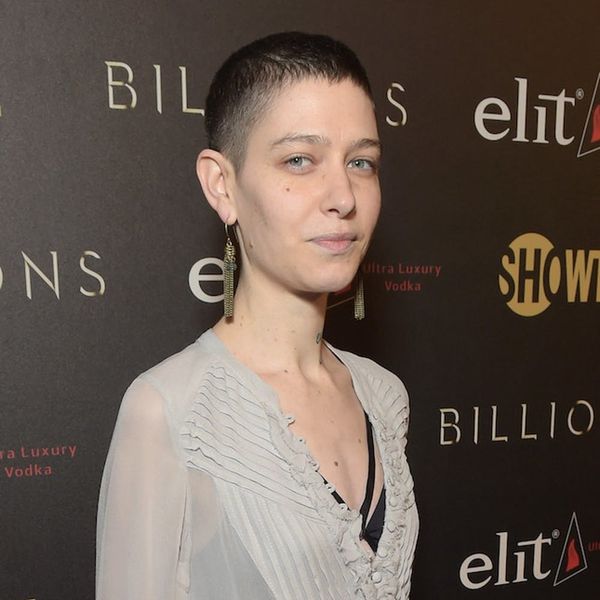 It’s no secret that major Hollywood awards shows could use an update in the diversity department. While the most recent Oscars went a small way to correct some of the #OscarsSoWhite criticisms from years’ past, there is still work to be done across the board — which is why Asia Kate Dillon’s recent challenge to the Emmys is so noteworthy.

Dillon, who you may recognize from their role as Brandy in Orange Is the New Black, also currently plays financial wizard Taylor Mason on Showtime’s hit show Billions. They were assigned female at birth, but, like their Billions character, now identifies as gender non-binary. When it came time for Showtime to submit Dillon for consideration for the Emmys, which take place in September, it was crucial that the network get Dillon’s input as to whether they preferred to be submitted under the male or female categories. It wasn’t a question that Dillon took lightly — so they got to work.

“What I learned through my research is that the word ‘actor,’ specifically in reference to those who performed in plays, came about in the late 1500s as a non-gendered word,” Dillon told Variety. “It applied to all people, regardless of anatomical sex or gender identity” (unlike the word actress, however, which was used to define anatomically female performers). “I wanted to get more information from the Academy as to whether or not they use the word actor or actress to refer to assigned sex or identity, so that I could make the best decision for myself as to how I wanted to be submitted.” Below is the letter Dillon sent to the Television Academy:

Perhaps surprisingly, the Academy responded quickly and thoughtfully, letting Dillon know that the Academy “supports anyone’s choice to [submit under either category for any reason], and the Academy is not going to do any sort of check,” Dillon says.

A spokesperson for the TV Academy told Variety that they were “happy with our productive dialogue with Asia based on their very thoughtful letter. The Television Academy celebrates inclusiveness, and as we discussed with Asia, there is no gender requirement for the various performer categories. Asia is free to choose the category they wish to enter.”

Given the word actor’s history as a non-gendered word, Dillon ultimately decided to submit as supporting actor — and they hope this is just the start of a larger conversation. “I’m excited to see what other people think, and what they want to say once they become aware of this.” We are too.

What do you think of the Emmy’s category options? Let us know @BritandCo.