Why This Is Us Lost One of Its 11 Emmy Nominations 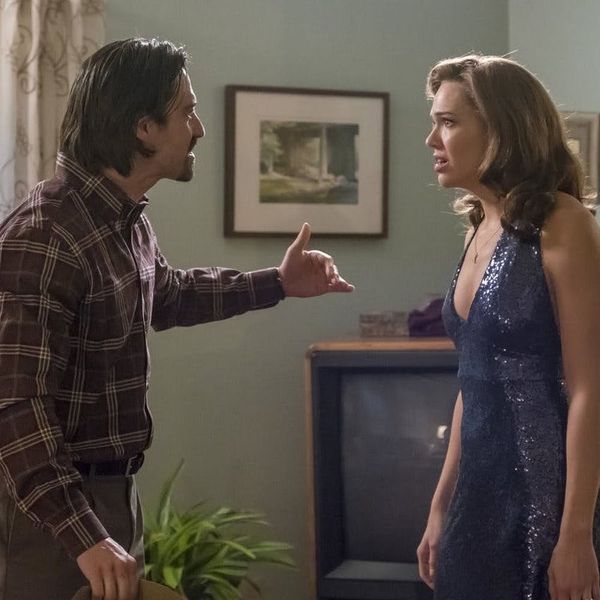 As we eagerly await the “really big” story developments in This Is Us‘s second season — which premieres September 26 and will feature Sylvester Stallone in a special guest-starring role — we’re also anxiously anticipating how the NBC drama will fare at the September 17 Emmys. The show was originally up for 11 nominations, but it’s down to an even 10 after having one revoked by the Academy of Television Arts and Sciences.

According to The Hollywood Reporter, This Is Us is no longer eligible for the Outstanding Contemporary Costumes in a Series, Limited Series, or Movie award. Per THR, in order to be eligible, at least 51 percent of the action in the episode submitted must take place within the last 25 years. As viewers know, This Is Us flashes between different time periods — the 1970s, 1980s, 1990s, and present-day — and “Moonshadow,” the episode submitted by NBC, takes place largely in the ’70s.

This Is Us was set to go up against HBO’s Big Little Lies, Fox’s Empire, Netflix’s Grace and Frankie, and Amazon’s Transparent in the category. An Academy rep told THR the show would be replaced by the sixth-placed vote getter on Monday.

Of course, there are still plenty of other chances for the tear-jerking family drama to earn some Emmys hardware. Stars Sterling K. Brown, Milo Ventimiglia, Chrissy Metz, and Ron Cephas Jones are all up for awards, as are guest stars Gerald McRaney (Dr. K), Brian Tyree Henry (Ricky), and Denis O’Hare (Jessie). The show is also nominated for Outstanding Drama, Outstanding Casting for a Drama, and Outstanding Makeup for a Single-Camera Series. (Have you seen the makeup magic it takes to transform Mandy Moore into the 66-year-old version of her character?)

What shows and stars are you rooting for at the Emmys? Tell us @BritandCo.