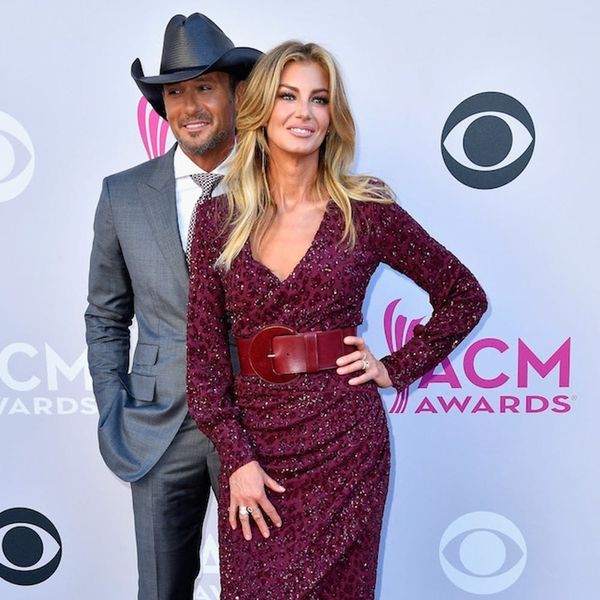 We seriously can’t get enough of Faith Hill and Tim McGraw. The country icons, who have been together for 20 years, have collaborated on tons of performances and award-winning duets, including their latest single from their upcoming joint album. But we’d argue that one of their best collabs is their vacation home in the Bahamas.

Recently, the couple let Architectural Digest into their 20-acre private island that they named L’iLe d’Agnes. What started out as a labor of love when they bought the land in 2003 is now a personal getaway. “We set out to build a house. We had no idea we had to build everything else,” Hill, who shares three daughters with McGraw, told AD.

The island needed water and electricity, not to mention actual structures. After nearly 10 years, the couple was finally able to vacation there. The house is comprised of eight “pavilions” connected to each other by thatch-roofed loggias. “You can bathe outdoors or climb a tower and feel that you’re being lifted up into the air. All these sort of romantic ideas, we got a shot at doing here, and we took them,” says McGraw.

And all of the effort certainly paid off. “Every time we land the plane and walk onto the beach and head up to the house, we turn to each other and say, ‘This is the best place in the world,’” says McGraw.

Click over to Architectural Digest for a video tour of the Soul2Soul singers home.

BRB. Pinning all of these photos to our vacation inspo boards.

What do you think of the home? Let us know at @BritandCo.