15 Celebrity Couples That NOBODY Saw Coming 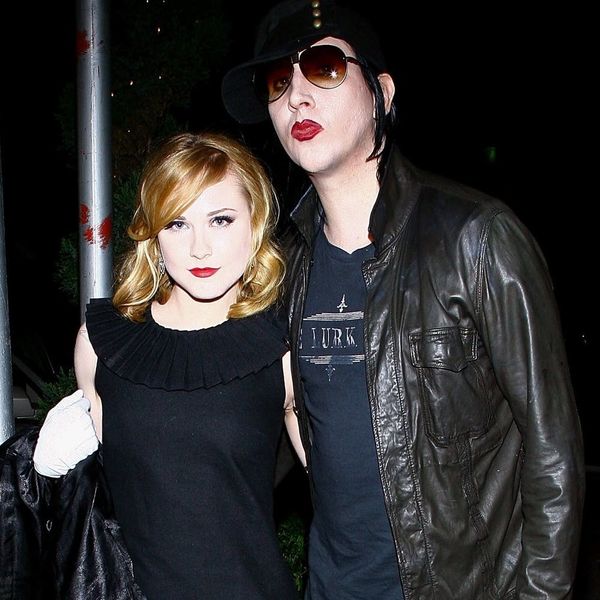 There are some couples that just seem to *go* together. Mickey and Minnie, per se. Goldie Hawn and Kurt Russell. Faith Hill and McGraw. And yet, for every duo that seems as handmade for one another as PB&J, there’s a coupling that’s equally… surprising. Take Jenna Dewan Tatum and Justin Timberlake, who she recently admitted to dating after all these years, or Naya Rivera’s newfound (if totally unexpected) love with funnyman David Spade. Shocking? Maybe. Real? You bet. Read on to check out 15 of the most shocking celeb pairings of all time.

1. Naya Rivera and David Spade: The Glee actress and the comedian caused a Twitter MELTDOWN when they were spotted canoodling on April Fool’s Day, with folks refusing to believe that the unlikely twosome could actually be the real deal. Turns out, the joke’s on them: A month later, they were still hitting the town together for dinner.

2. Alanis Morissette + Dave Coulier: Morissette and Coulier not only dated — he has long been rumored to be the inspiration behind her first hit single, “You Oughta Know.” The Full House vet has given conflicting statements about whether or not the song is actually about him over the years, though he does concede that at least one line rings very, very true: “The one that got me was, ‘I hate to bug you in the middle of dinner.’ That was because we had already broken up and she had called… and I said, ‘Hey, I’m right in the middle of dinner, can I call you right back?’” Sounds about right to us! (Photo via Jason Merritt/Getty)

3. Evan Rachel Wood + Marilyn Manson: Beyond their age, there was just something so jarring about seeing the then 36-year-old shock musician Marilyn Manson with 18-year-old Evan Rachel Wood. With her flowing flaxen lockss and angelic-looking face, she appeared to be his polar opposite; at least at first glance. In fact, it was partly the unexpected that attracted the Westworld actress to Manson in the first place. “I was craving danger and excitement,” she recently told Rolling Stone. “I looked at my mother one day and said, ‘Mom, I’m gonna get on this tour bus for eight months and see the world and find myself and have a crazy journey, and if people aren’t okay with that, I’m sorry, but I can’t live my life for other people.’” (Photo via Scott Wintrow/Getty)

4. Demi Moore + Ashton Kutcher: While it’s not uncommon to see May-December relationships in Hollywood (Mary-Kate Olsen and Olivier Sarkozy, anyone?), it’s far more frequent for the “May” half of the relationship to be the man. That’s why it was so surprising (and delightful) to see 54-year-old Demi Moore walk down the aisle with 39-year-old Ashton Kutcher (then 25 and 41) for what would be a six-year marriage before he settled down with now-wife Mila Kunis. (Stephen Lovekin/Getty)

5. Jenna Dewan Tatum + Justin Timblerlake: So weird, we know, but JT and Jenna D DID have lives before finding their current significant others of Jessica Biel and Channing Tatum — briefly with each other, in fact. Dewan Tatum recently admitted to Andy Cohen on Watch What Happens Live that she indulged in a few months with the “sexy” singer following his breakup from his other famous ex, one Miss Britney Spears. (Photo via Dia Dipasupil/Getty)

6. Geri Horner + Russell Brand: Spice Girl Geri Horner may be a happily married mummy of two nowadays, but in 2012, she hooking up with the likes of… Russell Brand!? That’s riggghttt! After divorcing Katy Perry, the comedian met Ginger at the Olympics opening ceremony and took up with the singer for what she called “a whirlwind romance.” She wasn’t kidding — the two reportedly only lasted 13 days (!).

7. Jennifer Aniston and Adam Duritz: Not only did these two just seem an unlikely pairing in general looking back, given Aniston’s penchant for a more… er… clean-cut type (Brad Pitt, Justin Theroux, Vince Vaughn), but the match-up was even more surprising considering that he went on to date her BFF and Friends co-star Courteney Cox several years later. There didn’t appear to be any bad blood between the friends over it, however: perhaps, because, as Duritz reportedly said, he and Aniston never made things official, at least not in the physical sense. (Photo via Alberto E. Rodriguez/Getty)

8. Pamela Anderson + Julian Assange: The buxom babe of ‘90s Baywatch fame (who recently showed off a shocking makeunder at Cannes) likely isn’t the first person you’d mentally associate with Wikileaks founder Julian Assange, and yet, the two are dating, if word on the street is to be believed. The twosome first met years ago in 2014, when Anderson beseeched Assange to back her Pamela Anderson Foundation in aid of sexual abuse victims. She has since given several interviews/statements on her relationship with him, saying that he’s “heroic” and “important,” and their union is a “special relationship.” (Photo via Neilson Barnard/Getty)

9. Carmen Electra + Simon Cowell: The perky former Singled Out host and the blunt AF former American Idol judge couldn’t have more different personalities if they tried, as far as we can tell, but it didn’t stop the two from hooking up for a few months back in 2012. They might have lasted too, had it not been for the fact that Cowell is rumored to have cheated on her with his baby momma Lauren Silverman.

10. Drew Barrymore + Tom Green: Flower child Drew Barrymore and Tom Green shocked the world back in 2000 when the unlikely duo were suddenly a couple, and a year later, suddenly married. Sadly, they were just as suddenly divorced, with Green filing the papers nine months after their nuptials. “It was just a very short period of time that I had a brief marriage,” Green later told OWN. “All of that was part of that sort of crazy whirlwind of a time.” (Photo via Vince Bucci/Getty)

11. Cher + Tom Cruise: If you thought Katie Holmes and Tom Cruise were an odd match, you won’t believe who else he dated prior to meeting his first wife, Mimi Rogers — the one and only Cher. Andy Cohen got the diva to spill the beans on Watch What Happens Live, and not only did she confirm that she did indeed date the actor in the ’80s, but she remembered him fondly, saying, “He was in the top five.” Minds, blown.

12. Avril Lavigne + Brody Jenner: We’re not entirely sure what’s more surprising: The fact that Jenner ventured outside his dating pool of beach blondes (Kristin Cavallari) and Playboy models (Jayde Nicole) to date mall-punk princess Avril Lavigne, or that Lavigne broke away from the likes of what seemed to be her perfect match in Sum 41 singer Deryck Whibley to start seeing Jenner. Either way, they lasted for a full two years before splitting in 2012. Oh, and did we mention they got matching tattoos of each other’s names? (Photo via Ilya S. Savenok/Getty)

13. Cameron Diaz + Benji Madden: After years of being our favorite perpetually single lady (post JT breakup, of course), Cameron Diaz found her happily ever after with now-husband of two years Benji Madden. The A-list actress and the Good Charlotte rocker may not appear to run in the same circles upon first glance, but were introduced by Diaz’s now sister-in-law Nicole Richie, who just so happens to be wed to Benji’s twin bro Joel. (Photo via Donetto Sardella/Getty)

14. Madonna + Dennis Rodman: The petite, 5’4” material girl met her surprising match in 6’7” basketball superstar Dennis Rodman — for a good two months, at least. Short as the time was, it apparently made quite the impression too, with Rodman claiming that Madge not only wanted to marry him, but have his babies. Luckily, it didn’t quite work out that way, with Rodman later admitting that he wasn’t exactly the biggest fan of her music.

15. Sandra Bullock + Ryan Gosling: Eva Mendes isn’t the first older woman Gosling has been involved with! In a blink-and-you-might-have-missed-it romance, Murder by Numbers co-stars Sandra Bullock and Ryan Gosling dated for roughly a year despite a 16-year age difference in 2002, a full two years before the Allie and Noah Notebook saga with Rachel McAdams ever began. (Photo via Pascal le Segretain/Getty)

Which crazy couple was your fave? Pick a fave over @BritandCo.