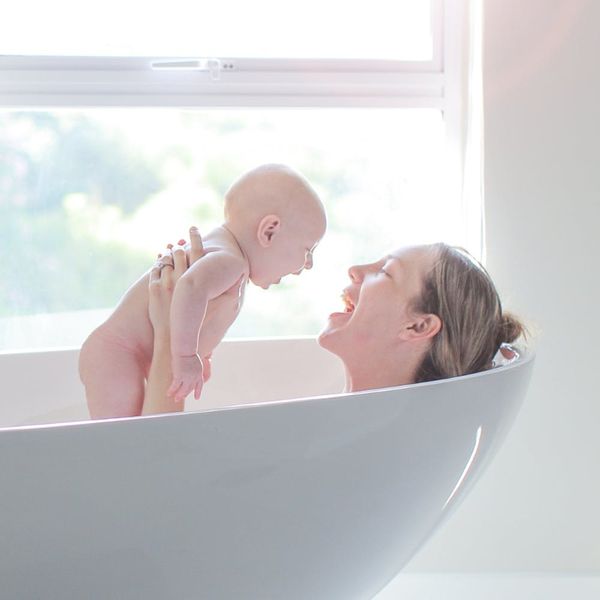 “Postpartum depression is a serious condition that, when severe, can be life-threatening. Women may experience thoughts about harming themselves or harming their child. Postpartum depression can also interfere with the maternal-infant bond,” Dr. Tiffany Farchione, acting director of the Division of Psychiatry Products in the FDA’s Center for Drug Evaluation and Research said in a press release. “This approval marks the first time a drug has been specifically approved to treat postpartum depression, providing an important new treatment option.”

Postpartum depression is estimated to affect some 15 percent of new moms. It’s generally the most talked-about, and potentially most common, of the myriad mental health conditions that can strike new mothers after the arrival of their babies. Now frequently categorized under the umbrella of perinatal mood and anxiety disorders, these include postpartum anxiety, OCD, depression, and other mental health issues.

Early usage results of Zulresso are promising. CNN reports that up to 75 percent of women in clinical trials for the drug did not need follow-up treatment 30 days after receiving the infusion. But the new medication isn’t without its complications. The IV-administered drug can cause extreme sleepiness or sudden loss of consciousness during administration, and needs to be administered at a medical practitioner’s location in order to ensure that patients are properly monitored.

Then, there’s the investment involved — of both money and time. Women hoping to use Zulresso need to spend 60 hours receiving a single-dose drip, at an average cost of $34,000, the New York Timesreports. It probably goes without saying that the time and cost involved in this process could deter many women who would benefit from the treatment from seeking it out. Given the relationship between economic security and maternal mental health, this is a concern.

A 2010 study found that more than half of the low-income, urban mothers surveyed met the diagnostic criteria for postpartum depression. According to the Times, the drug’s manufacturer says that it expects insurance companies will cover the treatment. Insurers, however, have said they’re still evaluating the drug. Even if insurers do get on board, not everyone has the ability to take time off of work for the 60-hour treatment.

For now, the medical community seems enthusiastic about the drug’s potential.

“What has been consistent is that brexanolone had a very robust response — and what’s been most exciting to me, in terms of participating in this new drug development, was the rapid onset of response. The drug works quickly,” Dr. Samantha Meltzer-Brody, a professor of mood and anxiety disorders at the University of North Carolina School of Medicine in Chapel Hill (and a researcher in phase III trials for the drug) told CNN.

“My greatest hope is that this increases awareness,” Meltzer-Brody added. “What’s heartbreaking is the number of women who suffer in silence and do not get the treatment that they need. People need to reach out and get screened and get treatment, regardless of if treatment is with brexanolone or not.”

RELATED: We Talk About Postpartum Depression, But Post-Weaning Depression Is Also a Thing

Kat Armstrong
Kat has been a writer, social media maven and mom for longer than she's willing to admit. She's also spent time in front of and behind the camera, interviewing celebs, politicians and acting as a producer for fashion and artistic photography shoots. When she isn't writing for various orgs and publications, she's hanging with her kids, husband and French Bulldog, Peter, in Toronto, Canada.
Mental Health
Womens Health
Mental Health New Moms Womens Health
More From Womens Health