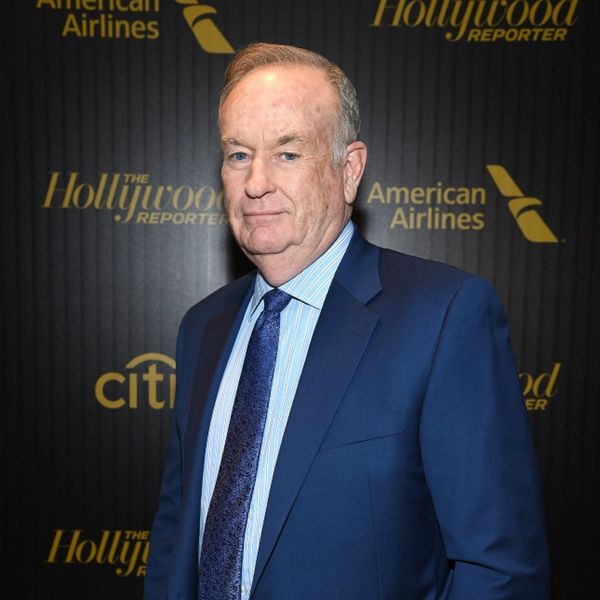 2017 seems to be shaping up to be the year that every single jerk’s previous sexual assaults and harassments are coming to light. While we’re not saying that settling out of court 100 percent proves guilt, we’re definitely firmly in camp #BelieveSurvivors. Outside of last month’s Casey Affleck allegations, we didn’t expect such huge news to come out of celeb-land, but it’s Tuesday and we were obviously due for more scandal. This time, it’s Fox News host Bill O’Reilly, whose most recent settlement flew under the radar while the scandal-plagued Fox news network settled a string of allegations.

This isn’t the first time the host has been accused of vile acts. Back in 2004, O’Reilly settled another lawsuit with another former producer dubbed “The Falafel Lawsuit.” A lot of the same (and even weirder) allegations appear in that suit, but what this really proves is that when abusers aren’t held to account, and their employer pays out their settlements while maintaining their jobs, they are free to assault others.

And so here we are, just at the start of 2017, and already learning that more and more, men in power are using their money to make their problems disappear. They’re not being held truly accountable, and we’re left with more and more stories of women being assaulted by their bosses. Because we’re letting them get away with it.

By the looks of it, O’Reilly won’t ever be fired from his job for being a sleezeball, and Fox News hasn’t really upheld its promise to be more steadfast against assault allegations, as they promised back in the fall after the Roger Ailes fallout.

Hopefully, though, as we hear more stories like this, it should stir us to action so that we can combat these old-guard men and their attempts to coerce their employees into relationships.

Have you ever had an overbearing boss? Tell us about it @Britandco!

Kat Armstrong
Kat has been a writer, social media maven and mom for longer than she's willing to admit. She's also spent time in front of and behind the camera, interviewing celebs, politicians and acting as a producer for fashion and artistic photography shoots. When she isn't writing for various orgs and publications, she's hanging with her kids, husband and French Bulldog, Peter, in Toronto, Canada.
Feminism
Pop Culture
Feminism Politics Womens Health
More From Pop Culture