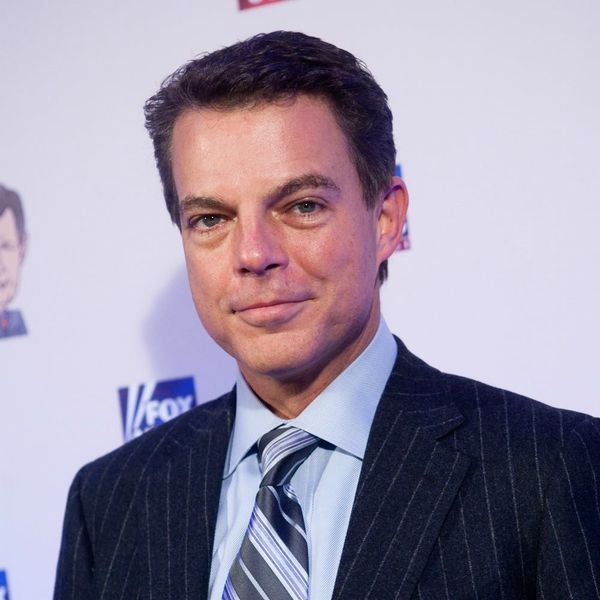 Hurricane Matthew is undoubtedly scary — even Disney World closed. It’s already caused mass destruction in parts of Florida and the Carolinas (nine have been reported dead on US soil alone), and this monstrous hurricane isn’t over yet.

But chief news anchor Shep Smith of Fox News took things to a whole other on Thursday night with a hyped up rant of epic proportions that is now going viral thanks to some of his *very* choice words.

Pointing to the areas the storm was moving toward next (Daytona Beach to Jacksonville), Shep can be heard in the video below saying, “This moves 20 miles West, and you and everyone you know are dead. All of you. Because you can’t survive it. It’s not possible, unless you’re very, very lucky.”

Okayyyy, we get the need for urgency and all, but this is a bit much, no? Shep wasn’t done, either. Pausing for a beat, he returned with the real kicker, the line meant to drive his point home that overshot its boundaries by so, so much: “And your kids die too.”

WHOA. We cannot, for the life of us, figure out what the hell this guy was thinking to utter such an unforgiving statement on-air. And that’s not all! While some originally believed this must be a hoax, compilations of other forecasts with inappropriate content have also begun to surface, proving that this really was all Shep. While showing footage of a house in Haiti with the roof being blown off, the anchor said, “She decided not to evacuate. (*uncomfortable pause*). Sooooo, that was a good idea.” Ouch.

He also went on a rant about his personal plans for the evening, saying, “If you’re supposed to get out, go on and get out, cause if too many of you perish, they’ll send me down there… and I need to go to this wedding. Okay? Thanks.” Um, insensitive much?

A later rant came about on the subject of rescue teams, of which he said, “If you live in that area, you must evacuate, it’s a rule! But not everybody’s listening… because FREEDOM and stuff. Freedom,” he scoffs. “Tell that to the cop who has to come dig you out. What about that cop’s freedom? You love law enforcement ‘til all the sudden you put ‘em in jeopardy, think about it, come on now!”

Whether he had had enough of people not taking his warnings seriously or seriously believed the hurricane was going to take out his entire city, leaving him unaccountable for his broadcasts, we’ll never know, but so far, Shep seems to be standing behind his statements, posting several of the snippets to his own Twitter page.

Fox has also yet to comment on the incident(s), but we, for one, think this is far from okay.

Our very best wishes to all those impacted by the storm!

Do you think Shep’s comments were irresponsible? Tell us @BritandCo.

Nicole Briese
Nicole is the weekend editor for Brit + Co who loves bringing you all the latest buzz. When she's not busy typing away into the wee hours, you can usually find her canoodling with her fur babies, rooting around in a bookstore, or rocking out at a concert of some sort (Guns N' Roses forever!). Check out all her latest musings and past work at nicolebjean.com.
Politics
More From Politics