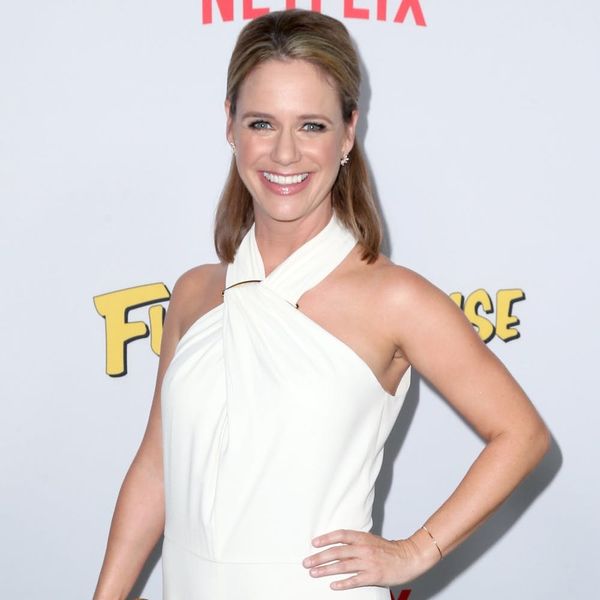 Kimmy Gibbler made her way into the hearts of Full House fans back in the day with her fearless fashion sense and oddball yet totally lovable personality. But when it comes to Andrea Barber, the actress who played Kimmy and now plays her again in the wildly anticipated Fuller House, she’s well aware that not everyone is a fan of Gibbler’s wacky ways. Namely, her kids.

Now a mom of two, an 11-year-old son, Tate, and eight-year-old daughter, Felicity, Andrea admits that her kids aren’t so fond of Kimmy’s “zany moves.” In fact, they’re downright embarrassed by them.

Andrea told PEOPLE, “I’ll stop and pause [when Full House is on television] and I’ll be like ‘Oh, I remember this episode. Kids, let’s watch.’ They’ll want to watch. They’re fans of Full House. Then Kimmy Gibbler will do one of her zany moves or something embarrassing, and my daughter will be like, ‘Mom!’ It doesn’t matter how famous you are, you always somehow end up embarrassing your kids. When you’re Kimmy Gibler, that is kind of exemplified.”

We can all admit that at some point our parents have embarrassed us in one way or another, especially if they’re enthusiastic (yet not totally talented) dancers, but yeah, you have to admit that having Kimmy Gibbler as a mom would be extra, um, special.

Don’t forget to catch the premiere of Fuller House on Netflix coming February 26th. As if you’d possibly forget!

Have you ever been embarrassed by your parents zany moves’? Tweet us @britandco!