The Top 10 Baby Names Most Common for Geniuses 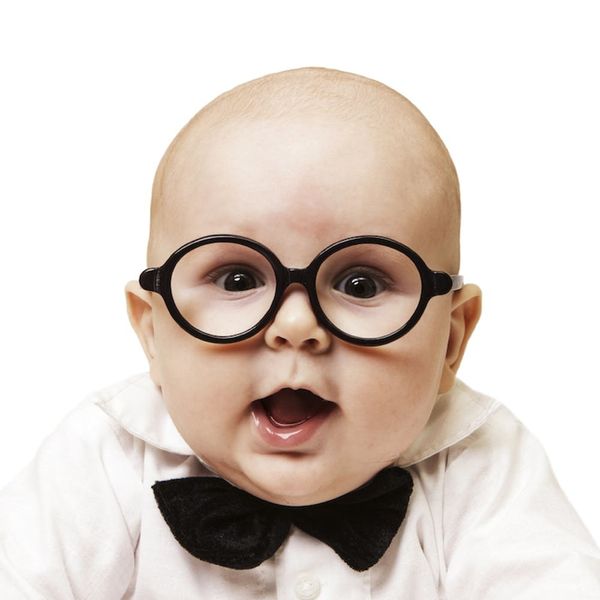 You probably know someone (maybe yourself) who thinks that his/her kid is an absolute genius for learning how to tie their shoes — and while those kids are perfectly brilliant, genius is usually determined by IQ versus something like, oh, say, their baby names. While giving your baby a creative baby name is not (necessarily?) going to make them smarter, the folks over at MooseRoots, a genealogy site, compiled “14,750 names of notable philosophers, writers, mathematicians, scientists, inventors, artists, composers, Nobel laureates and MacArthur fellows” and found that there are in fact certain naming trends for well-known geniuses. Here are the top 10 “genius” baby names that are most associated with brilliance for baby boys and baby girls. (Note: Male geniuses were historically better documented, so female geniuses are underrepresented here, we have to say.)

1. Mary: Mary takes top billing for most geniuses with the name at 140 geniuses in history bearing the moniker. Some notable ones include mother and daughter Mary Wollstonecraft and Mary Shelley, the polymath who penned the 18th-century #girlboss philosophical staple A Vindication of the Rights of Woman and the author of Frankenstein, respectively.

2. Elizabeth: Queen Elizabeth the First is probably the most well-known genius Elizabeth of all time. Known as The Virgin Queen, Elizabeth played potential suitors off one another while managing to rule England on her own, which was unheard of in her day. There are 88 genius Elizabeths in history.

3. Maria: Maria comes in third for most common genius name, with 72 documented geniuses. Maria Agnesi, who lived in the 18th century, was a child prodigy who could speak Italian and French by age five and could discourse in Latin with the best minds by age nine. She went on to acquire four more languages, plus be an all-around polyglot. Yep, so genius.

4. Anne: With 56 documented geniuses bearing this name, Anne is fourth on the list. Anne Sexton was a Pulitzer Prize-winning author, Anne Bradstreet was one of the first 17th-century British poets in the colonies (she moved to Pennsylvania with her husband as a young woman) and Anne Brontë was one of the famous Brontë sisters/writers.

5. Margaret: Margaret means “pearl” in Greek, and there are 55 geniuses with this sweet, old-fashioned name. Margaret Atwood is one of the most prolific contemporary authors with this name, Margaret Mitchell penned none other than the famous Gone With the Wind and Margaret Thatcher — or the Iron Lady, if you will — was England’s first female prime minister.

1. John: John might be on of the most common names in the world, and therefore perhaps it’s no coincidence that it’s also the number one name for boy geniuses. Among the 352 Johns listed, there’s the philosopher John Locke, whose ideas influenced our Founding Fathers when they drafted the constitution, John Milton, who wrote Paradise Lost, and John Marshall, one of our first Supreme Court Justices.

2. Robert: Robert is also a name that has stood the test of time, even coming in as the 61st most popular baby boy name in 2014. There are 220 geniuses in MooseRoots’ pool, including physicist Robert H. Goddard, who built the first liquid-fueled rocket in 1926, and the poet Robert Frost.

4. Charles: There are 148 geniuses named Charles (and, let’s be honest, Charlie is such an adorable nickname), which makes this name a strong contender for your own little genius. Well-known savants bearing this name include the renowned naturalist Charles Darwin and Charles Thomas Bolton, the astronomer who proved the existence of black holes.

5. David: David is a traditional name that feels like it will never go out of style, and it means “darling” in French. Aww. It’s also the fifth most popular name for geniuses, with 132 on record. Famous Davids include writer of Infinite Jest and MacArthur Genius Grant winner David Foster Wallace, philosopher David Hume and biologist David Baltimore, who helped decipher how the HIV/AIDS virus multiplies.

Kimberly Wang
Kimberly Wang writes about all things pop culture, tech, style, and beauty. She's a Bay Area transplant and has an MFA in Creative Writing from Columbia University. On a sunny New York day, you can find her hanging out with her mini schnauzer Isabelle Jellybean on a blanket in Central Park.
Creative Baby Names
Baby Names
Creative Baby Names