Everything You Need to Know About the 2018 Golden Globes 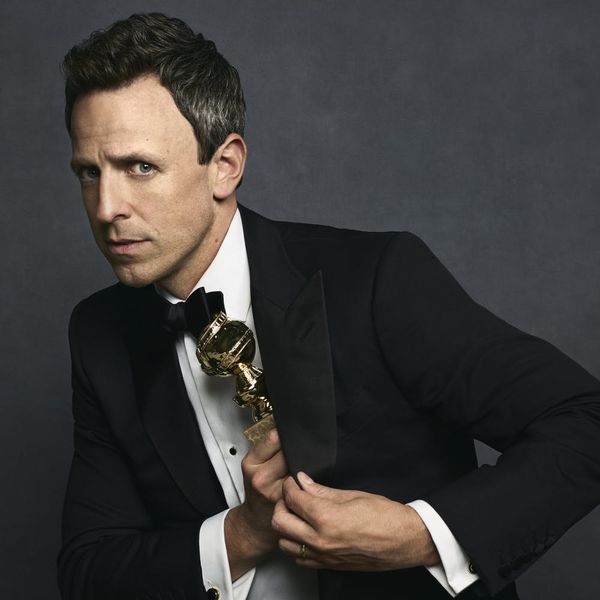 Change is underway in Hollywood, and when the 75th annual Golden Globe Awards air on NBC on Sunday, January 7, they won’t be just a celebration of the best in film and TV this year — the sexual harassment and assault reckoning taking place in the industry will no doubt be a big part of the 2018 telecast.

It’s going to be a must-watch, so to make sure you don’t miss any of the action, we have the rundown on everything you need to know about this year’s show.

What time are the 2018 Golden Globes?

The Golden Globes will air live on NBC on Sunday, January 7, 2018, starting at 8pm ET and 5pm PT. The red-carpet pre-show will be live-streamed on the Globes’ Facebook page from 6-8pm ET and 3-5pm PT and will be hosted by AJ Gibson, Jeannie Mai, Scott Mantz, and Laura Marano.

Seth Meyers, host of Late Night with Seth Meyers, will be hosting for the first time. He recently told People that, while his show often delves into current American politics, his monologue will focus more on the internal politics — namely the torrent of sexual harassment and assault stories — that have been dominating Hollywood.

Call Me By Your Name

The Shape of Water

Oprah Winfrey will receive the prestigious Cecil B. DeMille Award, an honorary Golden Globe given for outstanding contributions to the world of entertainment. (Get the tissues ready for THAT acceptance speech!)

Plus, Simone Garcia Johnson, daughter of Dwayne “The Rock” Johnson and ex-wife Dany Garcia, has been selected as the inaugural Golden Globe Ambassador (formerly known as Miss Golden Globe). The Hollywood Foreign Press Association changed the title this year with the aim of highlighting not just the children of Hollywood elite (as has traditionally been the case), but those who aim to use their platform for change.

Well, the nature of surprises is that we never know, but it’s safe to say some unexpected things will happen. Rumors started in mid-December that actresses would wear only black to the ceremony as a symbolic protest to the ongoing culture of sexual harassment and assault in Hollywood, which was confirmed when over 300 women who work in Hollywood launched the #TimesUp initiative to fight these issues across all industries. Some of the men attending also said they would dress in black to support their female peers.

Additionally, red-carpet interviews and the on-stage microphone are sure to be strong platforms for those who choose to address the problematic culture. You’ll definitely want to tune in.

Will you be watching the 2018 Golden Globes? Let us know @BritandCo!