Everything Exciting Google Announced at Nexus 2015 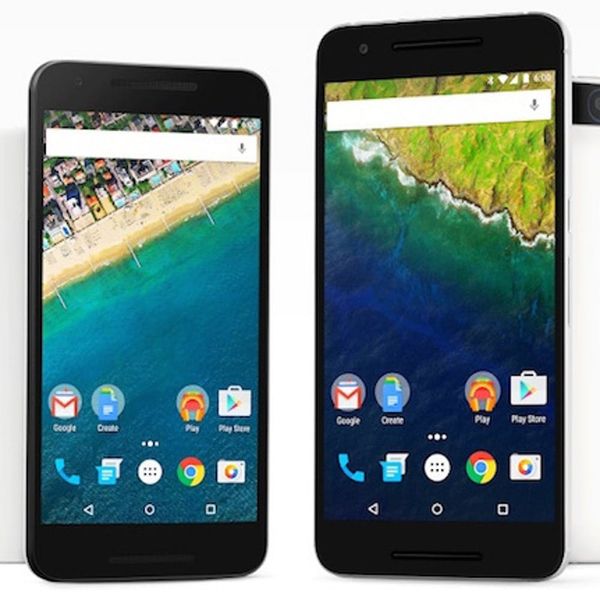 Today marked another major event in the world of tech. Google held their Nexus media event and unveiled all the exciting news the technology giant has been working on. From Chromecast to a hopeful rival for Apple Music, the geek in us hasn’t been this pumped since, well, the last Apple keynote…

As for hardware, Google debuted two new phones, a new Chromecast + Chromecast audio and a hot new tablet with the coolest detachable keyboard. All you Android-lovers, there are major things headed your way, so check it out!

First things first, Google announced their two newest Android phones, the LG-made Nexus 5X, which runs on OS Marshmallow (aww), and the Huawei-produced Google Nexus 6P. The 5X comes with a gorgeous 1080 display that’s shielded by super strong Gorilla Glass 3. Its camera is no slacker either — the back camera is super-powered with 12.3 mpx, the most powerful in the industry to date, and it takes 4K video. The 5X has a USB-C charging connector, which Google first introduced with its Chromebook Pixel, and is expected to permeate the industry. The Nexus 5X also come with impressive battery capabilities, clocking in at 2700 mAh (to compare, the iPhone 6S only has 1715 mAh) and comes with Qualcomm Quick Charge capabilities. For those of you wondering about Quick Charge, it’s supposed to charge your phone five times faster than conventional charging methods. Woah. The Nexus 5X starts at $379.

The Nexus 6P comes with a 5.7 inch screen that comes equipped with Gorilla Glass 4 and is supposed to nearly mirror the size of an iPhone 6S Plus. The camera is just as impressive as the 5X, if not more — the back-facing camera takes HDR+ photos and the front-facing camera is a hefty eight megapixels compared to the 5X’s five megapixels. The 6P comes with a 3450mAh battery. Now that’s a battery so strong, it’ll give you life. With Quick Charge, the 6P will give you seven hours of battery life with just 10 short minutes of charging. WHAAT. The Nexus 6P starts at $499. Both the 6P and the 5X will come with Nexus Imprint, Google’s fingerprint authenticating technology.

Both phones are Project Fi-enabled and begin shipping out end of October.

Google also announced the new and improved Chromecast, their super popular streaming video gadget. Google claims they’ve sold over 20 million Chromecast sticks to date. The new product comes in not one, not two but three new Chromecast color options — Black, Coral and Lemonade — and is sporting a total makeover, but it also supports the latest tech in WiFi connectivity. That means Chromecast works on both 2.4 and 5 GHz frequencies — so you’ll always be able to stream from your phone/laptop/tablet. It’ll soon be able to stream from ShowTime, tech support from Stream TV, HBO and more.

Chromecast Audio has also made its debut. Chromecast audio will plug into any of your existing speakers with a 3.5mm auxiliary jack to turn your non-Wi-Fi enabled speaker into a music streaming device. COOL!

The last major hardware that Google showed off today was the Pixel C tablet, a 10.2-inch aluminum tablet with USB-C. The Pixel C runs on Android Marshmallow OS and comes with a detachable keyboard. But here’s the best part, the tablet comes with a full keyboard ($149) that snaps on magnetically, but is also connected via Bluetooth. Yeah, yeah, Apple also revealed a tablet with a detachable keyboard at their keynote earlier this fall, but the Pixel C keyboard has a few other tricks up its sleeve. When not in use, the keyboard will actually snap to the back of the tablet and be out of the way. If you’re stowing your tablet, snap it over the front like a cover — bonus, the keyboard actually charges inductively when closed. A few minutes of charging equates to two months of daily, active use. The Pixel C tablet starts at $499.

Will you be trying out any of Google’s new products? Which announcement were you most excited about? Tell us in the comments below!

Kimberly Wang
Kimberly Wang writes about all things pop culture, tech, style, and beauty. She's a Bay Area transplant and has an MFA in Creative Writing from Columbia University. On a sunny New York day, you can find her hanging out with her mini schnauzer Isabelle Jellybean on a blanket in Central Park.
Google
Tech
Google