Later, Comcast. Sling TV Is Here to Save Us from Cable 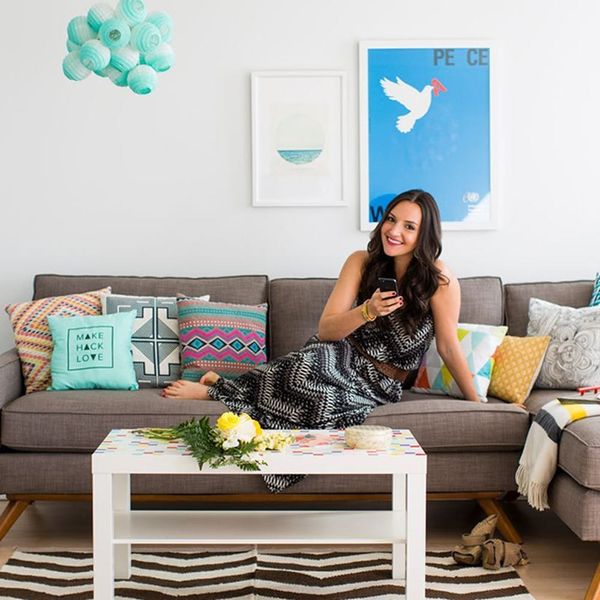 Earlier this week, awards season kicked off with the People’s Choice Awards. Gowns were worn, statues were given out and Betty White was there. While we’re bummed we missed Betty White, we opted to go to the CES awards show instead where they congratulated the best in tech. Turns out, we weren’t alone in picking one of our favorite tech products for 2015: Sling TV.

If you’re still “plugged in” to one of the big cable companies, Sling TV may be a strong nudge to push you into a cord-cutting life. For many people, the objection to ditching cable is the loss of live television — sports, awards shows and live series. Thankfully, that’s the very problem Sling TV is going to solve, thanks to a pay-as-you-go model for a service that will work with devices you already have for only $20 per month. Say what? Binge Fest 2015, here we come.

If you’re itching for details, don’t worry. We’ve got them.

No New Device Necessary: You can watch Sling TV on your TV, computer, tablet or even your smartphone — all you need is the app. You don’t even need a new device to watch on your TV because Sling will probably work with one you already have: Amazon Fire TV, Amazon Fire TV Stick, Google’s Nexus Player, select LG Smart TVs, Roku players, Roku TV models, select Samsung Smart TVs, Xbox One from Microsoft, iOS, Android, Mac and PC.

No Contracts: The starting “Best of Live TV” package is just $20 per month and you don’t even have to wait for the cable guy. You can pick up add-ons at $5/month and there’s even one with HLN, Cooking Channel, DIY and Bloomberg TV. It’s like they read our minds.

It Could Replace Your DVR: You can pause and rewind live TV and on some channels, you’ll even get a 3-Day Replay feature that lets you watch shows three days after they’ve aired.

The Only Bad News: There are still commercials. WOMP. WOMP. But we’re off to a great start, right?

As Sling TV CEO Joe Clayton told The Verge, “I believe it’s the launch of a whole new industry.” With HBO Go going standalone soon and Netflix already stocked with goodies, we definitely agree. Unlike HBO Go though, we don’t have to wait for an undisclosed amount of time to jump on the Sling TV bandwagon. It’s set to launch by the end of the month.

Are you going to try Sling? Let us know what you think about cord-cutting in the comments!

Katelan Cunningham
Katelan is a tech junkie obsessing over all things startup and design. She has entirely way too many apps on her phone and is no stranger to binge-watching. She accidentally fell in love in Los Angeles and that’s where she currently lives, writes, tweets and grams.
Netflix
Tech
Netflix