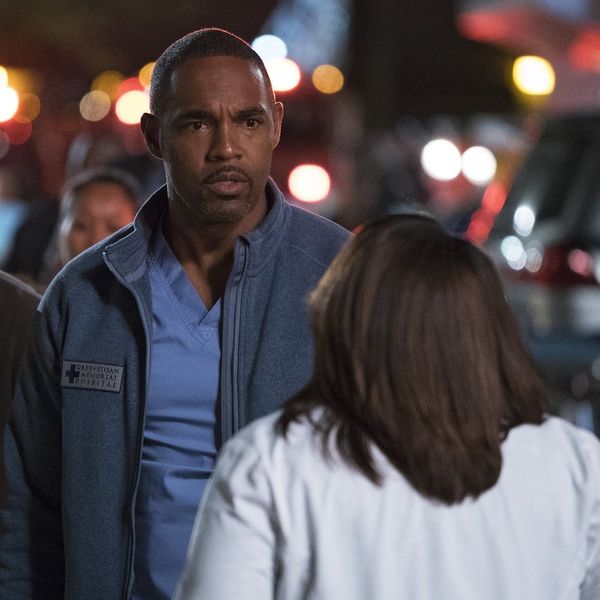 Shonda Rhimes has given us some of our favorite TV shows (and characters!) of all time. Since the premiere of Grey's Anatomy more than 12 years ago, she has produced hits including Scandal, Private Practice, and How to Get Away With Murder — all of which feature a perfect mix of soapy drama, romance, suspense, and even a little humor. Next year, she's adding a second Grey's spinoff (Private Practice was the first) to her Shondaland empire, and though details are scarce, buzz is building quickly. According to ABC, the firefighter-focused series — set, like Grey's, in Seattle — will follow a group of "brave men and women as they risk their lives and their hearts both in the line of duty and off the clock." Click through to see the cast and everything else we know about the show so far. (Photos via Stefanie Keenan/Getty Images for Glamour + ABC/Craig Sjodin + Frazer Harrison/Getty + Robin Marchant/Getty)
Miguel Sandoval will play the captain. Sandoval, who guest-starred on a season nine of episode of Grey's, has been cast as Captain Pruitt. According to The Hollywood Reporter, "Pruitt is described as tough and respected — and loved by his subordinates. He's a progressive thinker who advocates for his crew, even if it means standing up to his superiors." (Photo via Michael Yarish/CBS via Getty Images)
It's been in the works for a while. "The discussions have been going on for a while — earlier than this season. It was up to Shonda to tell us when she had inspiration for something that made sense, which was pretty recent," ABC Studios president Patrick Moran told The Hollywood Reporter in June. "We talked about the elements of Grey's Anatomy that seem to resonate with the audience — emotional storytelling, deep human connection, a high-stakes environment, and strong and empowered women — and those elements will carry over to the spinoff." (Photo via Stefanie Keenan/Getty Images for Glamour)
The first season will consist of 10 episodes. According to reports, the spinoff's characters will be introduced in an episode of Grey's Anatomy before the new series debuts midseason for an initial 10-episode run. (Photo via ABC/Richard Cartwright)
Jaina Lee Ortiz will star. Ortiz, who most recently appeared on Fox's Rosewood and USA Network's Shooter, was announced in July as the first cast member on the spinoff. Little is known about her character, but it's believed that she'll play the female lead. (Photo via JB Lacroix/WireImage)
Jason George, AKA Ben Warren, is moving to the spinoff. George, who has starred on Grey's since 2010, was the second cast member to be announced. He told Entertainment Tonight in September that he wasn't sure how his character, who's married to Grey's mainstay Miranda Bailey, would make the transition — but he's looking forward to finding out. "We've already established that Ben is a little bit of an adrenaline junkie," George told ET. "He likes his action. He's calm under pressure." (Photo via ABC/Craig Sjodin)
We'll see some Private Practice-style crossovers. With Jason George moving to the spinoff, fans have been worried about what will happen to Ben and Bailey's marriage (which has already endured some rocky periods). But George is hopeful that they'll stay together, and that Chandra Wilson will pop up on the spinoff occasionally. "There will definitely be crossovers between Grey's and the spinoff show… I think kind of along the lines of what happened with Private Practice and Grey's," George told TVLine. He said he hopes "Bailey can come home and fall into bed, and there's Ben, and they can talk about their day. Or Ben comes home from fighting fires all day and falls into bed, and there's Bailey." (Photo via ABC/Mitch Haaseth)
Hamilton's Okieriete Onaodowan will play a firefighter. Onaodowan — who originated the role of Hercules Mulligan in Lin-Manuel Miranda's Tony-winning smash hit musical, and also had a short-lived stint in Broadway's The Great Comet — will play a firefighter named Dean, according to Deadline. (Photo via Theo Wargo/Getty Images for Tony Awards Productions)
Barrett Doss will play a firefighter. Marshall actress Doss, fresh off a run in the Tony-nominated musical Groundhog Day, will fight fires alongside fellow Broadway alum Onaodowan. Her character is named Victoria, according to Deadline. (Photo via Astrid Stawiarz/Getty)
Another Shondaland star is returning to the fold. Jay Hayden, a series regular on the Shonda Rhimes-produced ABC crime caper The Catch, has been cast on the Grey's spinoff in a still-unknown role. (Photo via ABC/Kelsey McNeal)
Danielle Savre will play a firefighter. Savre, who has had roles on Summerland and Heroes, has been cast as a firefighter named Maya. (Photo via Ben Gabbe/Getty)
Grey Damon will play a firehouse lieutenant. Damon — whom you may recognize from shows including Aquarius, Star-Crossed, The Secret Circle, The Nine Lives of Chloe King, and Friday Night Lights — will play Lieutenant Jack. (Photo via Frazer Harrison/Getty)

Are you excited about the Grey’s spinoff? Tell us @BritandCo!