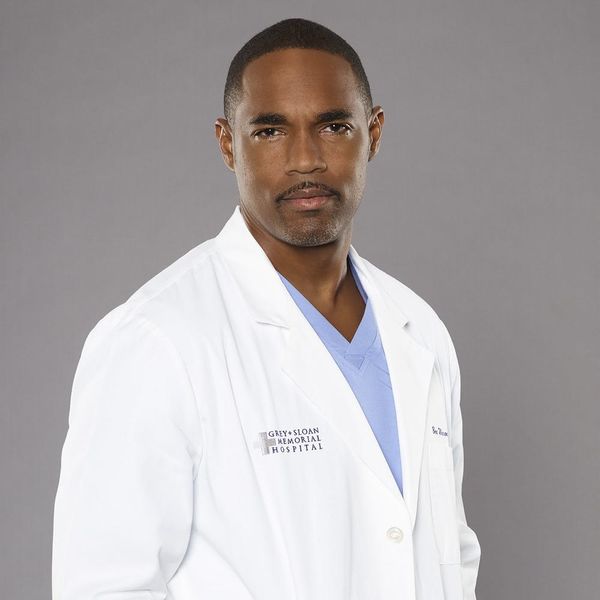 If you were shocked by the news that Jason George will be leaving Grey’s Anatomy, you’re certainly not alone. Even the actor himself was surprised to find out that he’d be exiting the medical drama after appearing as Dr. Ben Warren since 2010. Fortunately for both him and us, though, this isn’t the end for Dr. Warren — George will be moving over to Shonda Rhimes’ upcoming firefighter-focused Grey’s Anatomy spinoff.

In a new interview, the actor opened up about how he learned of his character’s big move and what he knows (and doesn’t know) about the next step. One big mystery to fans: how Dr. Warren will fit into Rhimes’ master plan for the spinoff (and how he ends up there in the first place). “I’m looking forward to finding out,” he told Entertainment Tonight. “We’ve already established that Ben is a little bit of an adrenaline junkie. He likes his action. He’s calm under pressure. I’m looking forward to seeing how they make this transition.”

The 45-year-old actor — a fan favorite on Grey’s, which is surely why producers are hoping fans will want to watch him on the spinoff — also revealed how he found out about his new gig. He told ET, “I was literally back in Virginia throwing my nephews around in a pool. I got a call, ‘Shonda Rhimes and Betsy Beers would like to give you a call today around 5 o’clock. Can you take that call?’ and I was like, ‘Um, yeah, yeah.’ When Shonda Rhimes calls, you feel like you get called into the principal’s office a little bit and you think, maybe I better take that call.”

Initially, he thought he might have done something wrong. “I was nervous when Shonda gave me the call. I was like, ‘I’m in trouble. What did I do?’ I was trying to think if I dropped a secret some place. I was thinking, ‘The finale had a fire. I didn’t die in that fire, could there still be a fire? Is this a call where I’m dropped off of something?’ But it was all good news.”

He also explained that once he was filled in on the plan for his character, he was totally on board: “We talked and she ran it down for me and had me at hello.”

We can’t wait to see how it all plays out on the highly anticipated spin-off. But first, you can watch season 14 of Grey’s Anatomy when it kicks off with a two-hour premiere on Thursday, September 28, at 8pm ET/PT on ABC.

Are you excited (or disappointed) that Jason George (and his character, Dr. Ben Warren) are moving to the new Grey’s Anatomy firefighter spin-off? Let us know @BritandCo!

Desiree O
Desirée O is a ‘Professional Bohemian’ who loves anything and everything related to the arts, entertainment, and pop culture. She ADORES being a ‘Newsy’ for Brit + Co, covering all of the latest tidbits of awesomeness that you want to read about. When she’s not writing, she’s either making messy art, going on long adventurous walks with her camera, or poking around over at bohemianizm (http://www.bohemianizm.com/). You can find out about Desirée O and her work at http://DesireeO.com/ or follow her on Twitter @DesireeO.
Fall TV
TV
Fall TV