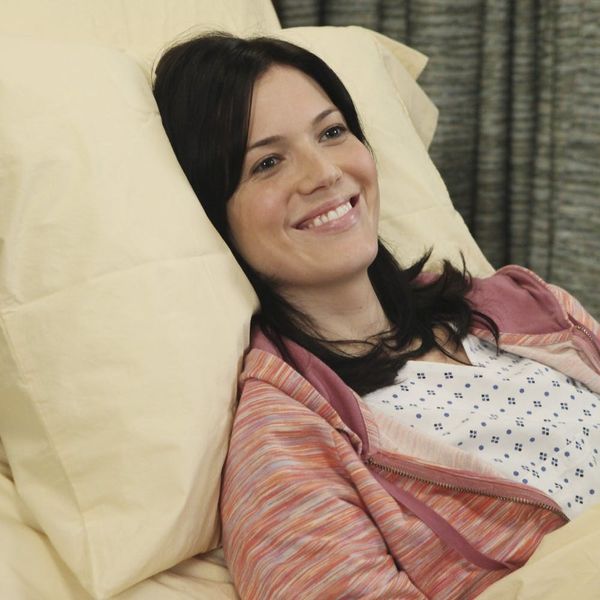 As the longest-running scripted primetime show currently on ABC, Grey's Anatomy has given us a lot in its 13 seasons (and counting) — one of the best TV couples in Meredith and Derek (not to mention the show's real love story between Meredith and Cristina!), a classic spinoff in Private Practice (and another promising firefighter-focused one in the works), and a seemingly endless supply of heart-pounding drama. It has also given us one of our favorite ensemble casts on TV — not to mention some high-grade guest stars. Take a look at some of the celebrities who've checked into Grey Sloan Memorial (formerly Seattle Grace and then Seattle Grace-Mercy West) over the last decade-plus. Fair warning: Some photos may depict graphic medical situations. (Photos via Ron Tom/ABC via Getty + Mitch Haddad/ABC via Getty + Danny Feld/ABC via Getty + Peter "Hopper" Stone/ABC via Getty)
Kyle Chandler (seasons two and three): Pre-Friday Night Lights, Kyle Chandler — AKA Coach Taylor — appeared as the Seattle PD bomb squad leader who helped Meredith safely remove an unexploded bomb from a patient's chest, only to then have the bomb detonate in his hands as he walked away. His character later appeared in Meredith's hallucinations in season three, after she nearly drowned at the site of the ferry boat accident. (Photo via Peter "Hopper" Stone/ABC via Getty)
Christina Ricci (season two): Christina Ricci appeared in the same bomb removal episodes that featured Kyle Chandler. She played the paramedic who initially put her hand on the bomb inside of the patient. (Photo via Peter "Hopper" Stone/ABC via Getty)
Jesse Plemons (season two): Friday Night Lights and Fargo star Jesse Plemons showed up on Grey's as a patient with lionitis, which caused disfiguration in his face. (Photo via ABC)
Abigail Breslin (season three): Abigail Breslin played a sweet little girl who was thought to be suffering abuse at the hands of her foster parents. In reality, she had a genetic condition that prevented her from feeling pain and thus led to her often getting injured. (Photo via Karen Neal/ABC via Getty)
Mae Whitman (season three): Appearing in two episodes, Mae Whitman played a young girl with a genetic condition that affected her vertebrae and organs and caused her to walk at a 90-degree angle. When the corrective surgery wasn't covered by her insurance, Izzie paid for it herself. (Photo via Michael Desmond/ABC via Getty)
Elisabeth Moss (season three): Just before she broke out as Peggy Olson on Mad Men, Elisabeth Moss appeared on Grey's as the overprotective and obsessive daughter of a woman with a precarious internal bleeding condition made even more complicated by her rare connective tissue disease. (Photo via ABC)
Seth Green (season four): Seth Green appeared in two episodes, playing a tragic character whose tumor resection left him with an exposed carotid artery. While talking and joking with Lexie, he laughed so hard that the artery burst and he eventually bled out. (Photo via Vivian Zink/ABC via Getty)
Dylan Minnette (season four): 13 Reasons Why star Dylan Minnette was just 11 years old when he appeared as a boy given a set of artificial ears after being born without his own. Also? He was so cute. (Photo via ABC)
Jurnee Smollett (season four): Friday Night Lights alum Jurnee Smollett guest-starred as a participant in — and the first survivor of — Derek and Meredith's clinical trial. (Photo via Michael Desmond/ABC via Getty)
Zach Gilford (season five): Gilford, yet another Friday Night Lights star, stopped by Seattle Grace in 2009, playing a soldier with an unidentifiable pain in his leg. (Photo via ABC)
Josh Malina (season five): Future Scandal star Josh Malina showed up on Grey's as the husband of a hypochondriac patient. (Photo via ABC)
Liza Weil (season five): Gilmore Girls mainstay Liza Weil, another then-future Shondaland star, played a cancer patient who became friends with Izzie during their chemotherapy treatments. (Photo via ABC)
Mandy Moore (seasons six and seven): Mandy Moore had a four-episode arc as Mary Portman, a patient who got trapped in the hospital during the shooting lockdown. When she returned months later for her postponed procedure, she fell into a coma and did not wake up. (Photo via Danny Feld/ABC via Getty)
Sarah Paulson (season six): Sarah Paulson played a younger version of Meredith's mother, Ellis Grace, in a decades-spanning episode that showed her residency and affair with Richard (played in flashbacks by J. August Richards). (Photo via ABC)
Sara Gilbert (season six): Roseanne and Big Bang Theory star Sara Gilbert played the heartbreaking role of a dying cancer patient who chooses physician-assisted suicide, sending a ripple of moral reckoning through the hospital. (Photo via ABC)
Demi Lovato (season six): Lovato got to show off her acting chops as a patient who everyone thought had schizophrenia. It turned out there was a hole inside her inner ear, which caused her to act out and hurt herself. (Photo via Mitch Haddad/ABC via Getty)
Danny Strong (season eight):Gilmore Girls alum Danny Strong (AKA Paris Gellar's BF Doyle) played a man who was attacked by an escaped lion in Seattle. Because of course. (Photo via ABC)
Neve Campbell (season nine): After season eight's plane crash, Derek needed a nerve replacement in his hand. Enter Neve Campbell, who played Derek's sister — and his nerve donor. (Photo via Ron Tom/ABC via Getty)
Sarah Chalke (season nine): Scrubs star Sarah Chalke's role was inspired by her real life. She played a mom struggling to get a proper diagnosis and treatment for her son's Kawasaki disease. (Photo via Ron Tom/ABC via Getty)
Keke Palmer (season 10): Scream Queens' Keke Palmer played a runaway pregnant teenager with a heart condition. Desperate to live for her baby, she begged to be considered for Cristina's clinical trial, but was ultimately denied. (Photo via ABC)
Casey Wilson (season 12): Happy Endings star Casey Wilson showed up as a pregnant accountant who was expecting quadruplets and facing complications but still managed to give Ben some tax advice. (Photo via ABC)

Who is your favorite Grey’s Anatomy guest star? Let us know @BritandCo!