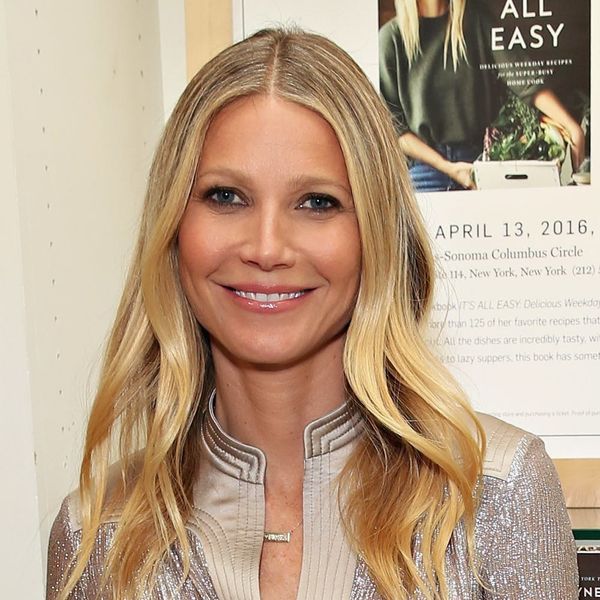 Though it’s always fun to get insider deets on Gwyneth’s Paltrow’s Hollywood-worthy lifestyle (like getting a peek at her luxe NYC apartment or nabbing the recipe for her super expensive, moondust-filled morning smoothie), there are certainly still a few things we can learn from the savvy mogul. That’s why we were thrilled to learn that Gwyneth Paltrow has joined LinkedIn and written a blog post about the future of GOOP (as well as her possible exit from the brand) and how things have changed around that whole “conscious uncoupling” thing.

Joining other celebs like Chelsea Handler, Rachel Zoe and Lena Dunham, along with over 433+ million users worldwide, the newest LinkedIn member, Gwyneth Paltrow, had a chat with the people behind the career-minded site and jumped on those rumors that she’s ditching her brand completely. She explained that she wants to change her relationship with GOOP (and, really, its relationship with her), but she further broke down the sitch, saying, “Even though I am solidly in the trenches every day, GOOP is on its way to being much bigger than I am. A solidly un-Hollywood dream.”

But that doesn’t mean she’s leaving GOOP behind, at least not for now. Nor does she really have its future nailed down, and that’s cool by Gwyneth. “I feel like we are just at like the acorn stage of fulfilling our potential. I have never known where GOOP is going; it has always caught me by surprise.”

Staying open to change has certainly been key for Gwyneth who experienced a very public divorce, first announcing her “conscious uncoupling” with ex Chris Martin via GOOP. Though she was surely confident in the move at the time, she feels she might do things differently today. “It sort of wouldn’t be appropriate now. [GOOP] is a much bigger business and I’m not sure it would be the right place to do something like that.”

She continues, “At the time, it was still very small and very personal. It was such a difficult time in my life and I was trying so hard to protect my children and my family, Chris included. We were both fragile. It was really tough. To me it felt like this is a quiet way to do this and it is contained.” It’s always best to trust your gut, no doubt, especially when littles and loved ones are concerned.

As for what’s next, like Gwyneth says, “We’ll just have to see. I am open to anything.”

Do you like to have a super, solid plan for what’s ahead or do you feel that you’re open to anything? Tweet us @BritandCo!

Desiree O
Desirée O is a ‘Professional Bohemian’ who loves anything and everything related to the arts, entertainment, and pop culture. She ADORES being a ‘Newsy’ for Brit + Co, covering all of the latest tidbits of awesomeness that you want to read about. When she’s not writing, she’s either making messy art, going on long adventurous walks with her camera, or poking around over at bohemianizm (http://www.bohemianizm.com/). You can find out about Desirée O and her work at http://DesireeO.com/ or follow her on Twitter @DesireeO.
Gwyneth Paltrow
Celebrity News
Gwyneth Paltrow