Gwyneth Paltrow Plans to “Separate” Herself from Goop 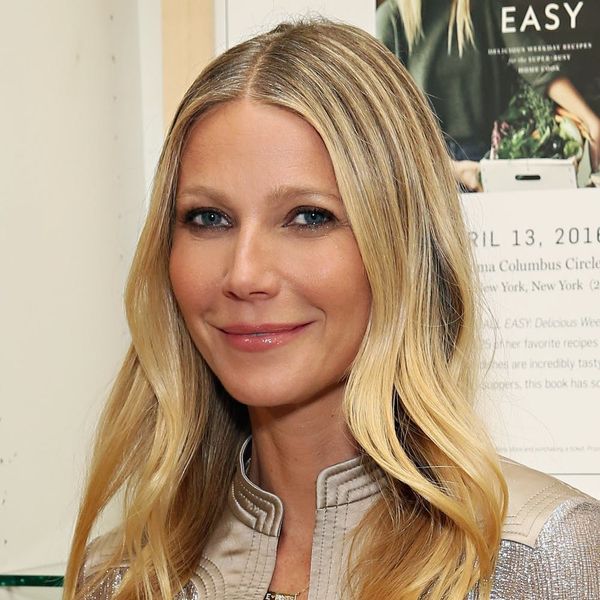 It’s hard to imagine Gwyneth Paltrow without GOOP and GOOP without Gwyneth Paltrow, but that’s exactly what the lifestyle website maven has planned. GOOP’s decorating ideas (perhaps from her luxe NYC apartment) and recipes (like her super expensive, moondust-filled morning smoothie) give us a peek into her fabulous existence and inspiration to incorporate her ideas into our own somewhat-more-modest lives. But now, in a move that we certainly didn’t see coming, Gwyneth Paltrow has announced that she intends to “separate” herself from GOOP. Say it ain’t so, Gwyn!

After starting GOOP as a weekly eNewsletter back in 2008 and then expanding it to a full website, Gwyneth has built the brand up using her celebrity name and (sometimes brow-raising) advice on living your best life.

Describing the endeavor as “an amazing journey” while speaking at the 2016 Sage Summit in Chicago, the actress and mother of two told surprised attendees that her future plans for the brand aren’t exactly what anyone would have predicted.

“In order to build the brand I want to build, its scalability is limited if I connect to it,” Gwyneth explained. “So I always think: ‘How can I grow the brand? How can I separate myself from the brand?’ and I think its going to be more its own brand.” Clarifying her intention, she added, “My dream is that one day no one will remember that I had anything to do with it.”

It’s doubtful that anyone will ever fully forget that Gwyneth was behind GOOP, but this definitely makes us curious to see what’s in store for both the celeb and the brand.

What do you think about Gwyneth “separating” from GOOP? Tweet us @BritandCo!

Desiree O
Desirée O is a ‘Professional Bohemian’ who loves anything and everything related to the arts, entertainment, and pop culture. She ADORES being a ‘Newsy’ for Brit + Co, covering all of the latest tidbits of awesomeness that you want to read about. When she’s not writing, she’s either making messy art, going on long adventurous walks with her camera, or poking around over at bohemianizm (http://www.bohemianizm.com/). You can find out about Desirée O and her work at http://DesireeO.com/ or follow her on Twitter @DesireeO.
Gwyneth Paltrow
Celebrity News
Gwyneth Paltrow
More From Celebrity News