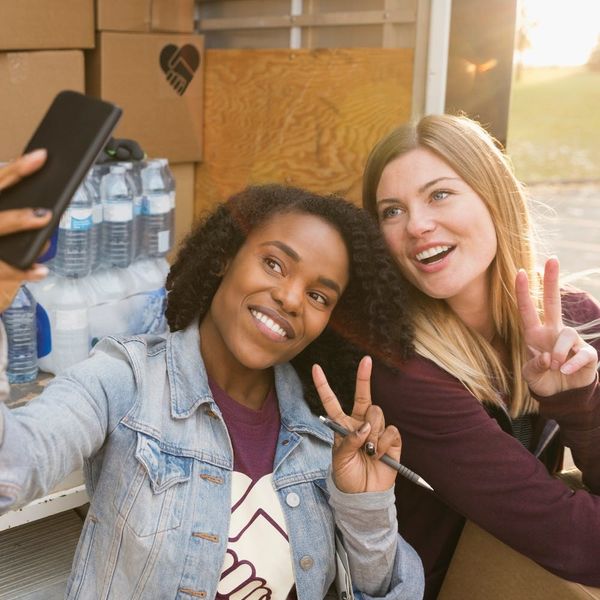 If you’ve ever flashed the peace sign at the camera or given a little wave in the direction of the lens (so, essentially, if you’ve ever taken a picture), you mayyyyy have unwittingly provided hackers with just the keys they need to create a little (or a lot) of chaos in your world. That’s because hackers can now steal your fingerprints from the pics you post online. *Gulp!*

Isao Echizen from Japan’s National Institute of Informatics spoke to Tech Insider, revealing that hackers are now able to copy and then reproduce our fingerprints from high-res pics we’re posting. Once the criminals have your fingerprint, they can use it to access your smartphone or break into restricted areas.

And just to prove his point, Isao and his team conducted an experiment attempting to do just that. Shockingly, they were able to reproduce fingerprints that were a “near perfect match.” Yikes.

There hasn’t been any recorded cases of hackers doing this (yet!), and frankly, most pics aren’t of the right quality to make it possible to grab your prints (not to mention the fact that they’d have to steal your phone before gaining access). While you’d likely have to be a spy or something similar to warrant fear of your fingerprint being used to access an off-limits area, it still might be a good idea to stick with what’s expected to be the most popular selfie pose of 2017 instead of flashing that peace sign the next time you and your bestie take a pic together.

Do you personally worry about hackers? Tweet us @BritandCo!

Desiree O
Desirée O is a ‘Professional Bohemian’ who loves anything and everything related to the arts, entertainment, and pop culture. She ADORES being a ‘Newsy’ for Brit + Co, covering all of the latest tidbits of awesomeness that you want to read about. When she’s not writing, she’s either making messy art, going on long adventurous walks with her camera, or poking around over at bohemianizm (http://www.bohemianizm.com/). You can find out about Desirée O and her work at http://DesireeO.com/ or follow her on Twitter @DesireeO.
Tech News
Tech
Tech News