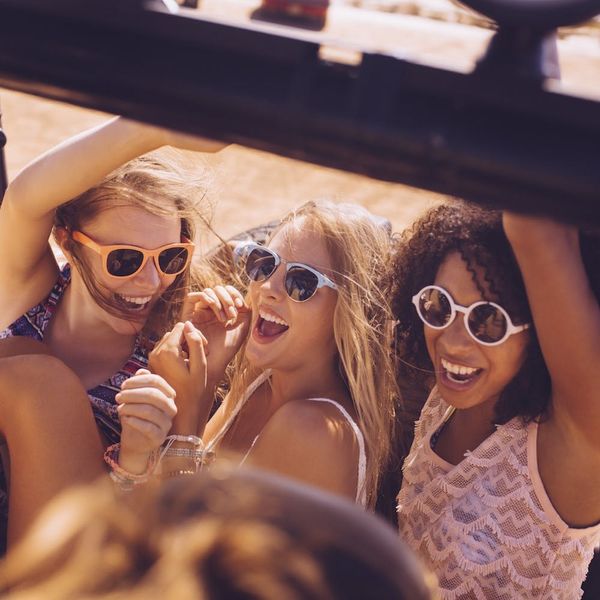 If you’ve put your relationship with your bestie to the test by checking out the laughter study to see if you’re really a match made in BFF Heaven, then you may be interested in finding out how close you really are with the rest of your pals (even those annoying ones you weirdly keep around on Facebook). Or maybe, you’re not really kindred spirits at all. One study is saying that half of the people we consider buds don’t think of us the same way in return.

According to a study from M.I.T. published in the scientific journal PLOS One, although you might consider someone a friend worthy of your care and attention, he or she may not automatically feel the same way toward you. “[T]he vast majority of friendships are expected to be reciprocal, while in reality, only about half of them are indeed reciprocal. These findings suggest a profound inability of people to perceive friendship reciprocity, perhaps because the possibility of non-reciprocal friendship challenges one’s self-image.”

But before you go and start unfriending everyone though, the study gives us an explanation for this unbalanced social snafu. “People want to be friends with higher-status individuals and behave in ways that indicate friendship, but higher-status individuals have a greater choice in which friendships to reciprocate.” Basically it’s like high school, where everyone wants to be pals with the popular kids, and the popular folks pick and choose who they consider part of their inner circle.

It may suck to think that some people we consider friends don’t think of us the same way, but remember what Douglas Pagels said, “A friend is one of the nicest things you can have, and one of the best things you can be.” So forget trying to befriend the popular kids and cherish the pals you’ve got.

How many people would you consider your true friends? Tweet us @BritandCo!