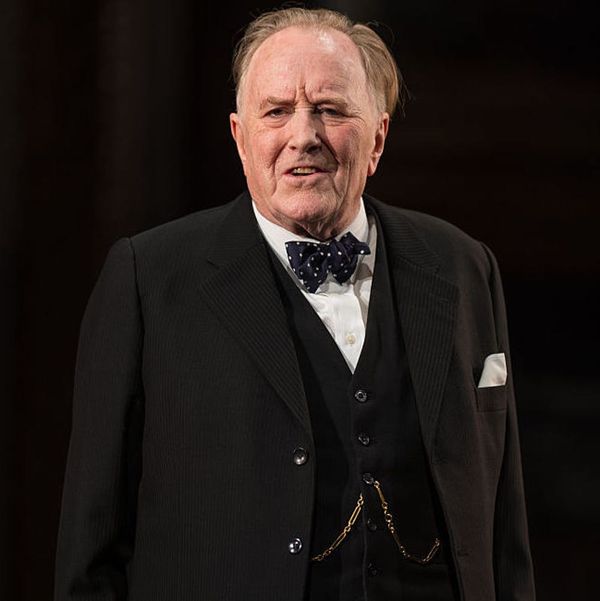 It’s a sad day for the wizarding world. Harry Potter actor Robert Hardy, who played the Minister of Magic Cornelius Fudge, has died at the age of 91.

The actor’s children — Justine, Emma, and Paul — revealed the sad news and paid heartfelt tribute to their father in a statement to BBC News. “Gruff, elegant, twinkly, and always dignified, he is celebrated by all who knew him and loved him, and everyone who enjoyed his work,” the statement read.

They further noted that Hardy was known as “a meticulous linguist, a fine artist, a lover of music, and a champion of literature, as well a highly respected historian, and a leading specialist on the longbow.”

We are deeply saddened to hear of the passing of Robert Hardy, who played Minister for Magic, Cornelius Fudge. He will be greatly missed. pic.twitter.com/S1DscwlDtX

The official Twitter account for the Harry Potter franchise also paid tribute to Hardy, sharing a photo of him in his role as Cornelius Fudge with the message: “We are deeply saddened to hear of the passing of Robert Hardy, who played Minister for Magic, Cornelius Fudge. He will be greatly missed.”

Harry Potter creator JK Rowling added: “So very sad to hear about Robert Hardy. He was such a talented actor and everybody who worked with him on Potter loved him.”

Fans were quick to send their own condolences, with many tweeting gifs of wands in the air in his honor.

Hardy may have been best known by modern-day movie fans as Cornelius Fudge, but his career spanned decades, going back to the ’50s, when he established himself in the theater, mainly playing Shakespearean roles. He also appeared in various films and BBC productions over the years (taking on the role of Winston Churchill more than once), and played Siegfried Farnon in All Creatures Great and Small (1978–1990), a role that made him one of the most recognizable faces on British television at the time.

Our condolences go out to his family.