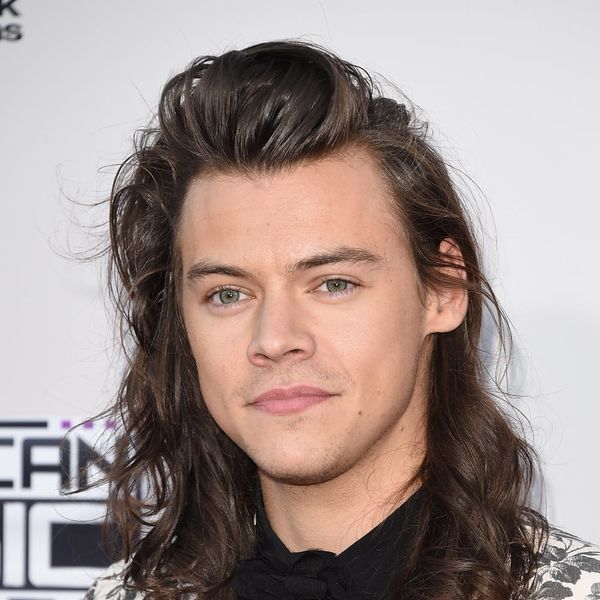 Harry Styles has certainly been making waves lately (and chopping them too). It seems as though the One Direction singer is turning over a new leaf! He’s opened up (a tiny bit) about his relationship with Taylor Swift, is (maybe?) dating a new lady, and is releasing some exciting new music, which may or may not actually get him into a lot of trouble. Yet even with all that going on, though, he’s still managed to hold on to his killer… style (see what we did there?).

For his most recent interview with BBC Radio, Styles stepped out in a sheer white blouse, a smart red tartan suit, and — wait for it — HEELED black loafers. Of course, he’s no stranger to heels; he’s worn raised ankle boots countless times, but the ones he’s rocking now are a different breed entirely.

Bold statement: Harry Styles certainly made a bold statement as he arrived at the BBC Radio One… https://t.co/8IvClybfZU @DailyMailCeleb

While they’re undoubtedly more chunky than, say, a stiletto, the “Sign of the Times” singer is undoubtedly getting a lift from his fashion-forward kicks and busting gender norms down all at once. Between those, his pink-hued suit, and his penchant for floral blouses, it’s pretty easy to see why the singer is regarded as one of the most stylish men around: This guy takes RISKS, y’all!

Now, all that’s left for fans to do is binge listen to his eponymous new album as they wait to see what he steps out in next!

What do you think of Styles’ style? Tell us @BritandCo!

Shea Lignitz
Shea can be found in the nearest bookstore or brewery, exploring the great outdoors, or blasting Led Zeppelin. She grew up in the cold and rain of Northern California's redwoods but is currently wandering around Texas.
Celebrity Style
Celeb Style
Celebrity Style Shoes