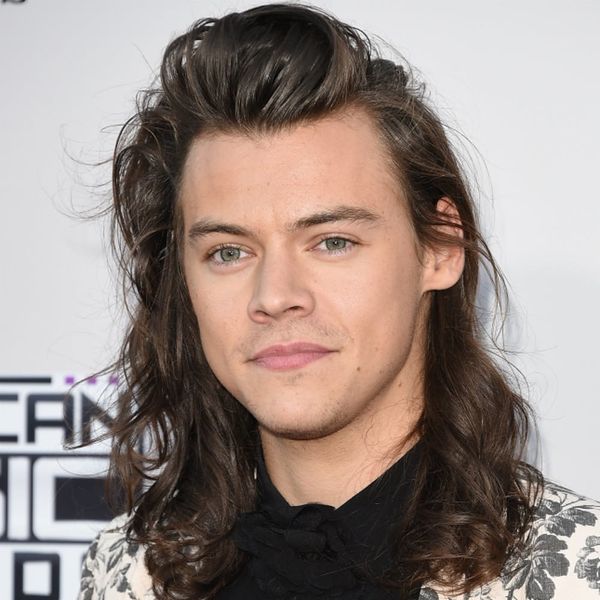 Is there anything juicier than gossip around which celebs are dating? Probably not. Especially not when it comes to any of the former members of One Direction. With the recent birth of 1D’s Liam Payne’s baby Bear, and Zayn and Gigi still going strong, all eyes are on Harry Styles with the release of his newest single, “Sign of the Times,” and folks are wondering who he might be writing love songs for these days. Turns out, internet sleuths think that based on two separate Instagram snaps, they now know who Styles is dating.

Rumors are swirling that Styles has been dating UK-based food blogger Tess Ward, and fans think they found confirmation this past week when both Ward and Styles were snapped wearing the same shirt within a few weeks of each other.

Styles was photographed back on May 3 wearing this red floral Gucci top, and then yesterday, Ward shared an Instagram picture of her and two friends at a polo event in the same… well, Style.

Thanks for having us. We enjoyed every second of ya #audipolo 🍭

If you look closely, however, the shirts have subtle differences in the print, but with rumors swirling that the two are an item, fans think that this is the proof that the pair are in fact dating. While it’s not unbelievable that a couple would both wear the same shirt, it’s also not concrete proof. It’s actually more likely that they both have the same style shirt, regardless of if they’re dating or not.

While neither has confirmed nor denied their romantic involvement, it’s a bit of a reach to assume that because two people have the same taste in one shirt that they must be dating. Wishful thinking, perhaps?

Have you ever twinned with a boyfriend or girlfriend? Tell us @BritandCo!