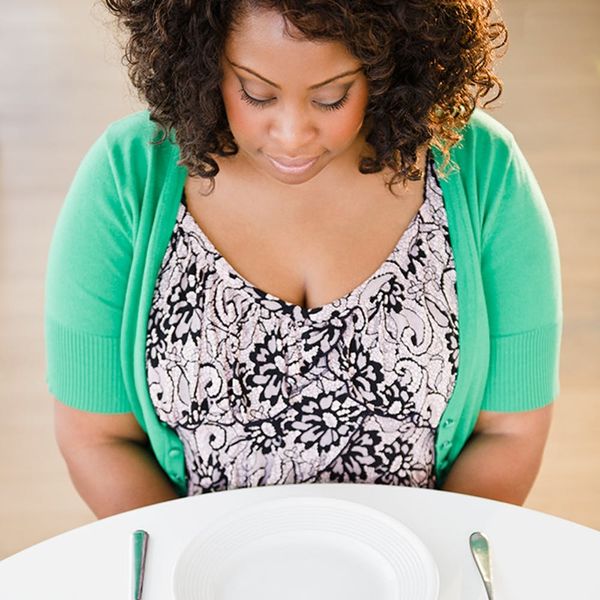 The last time you watched a movie from the ‘80s, perhaps you found yourself thinking, “Look how skinny everyone was!” In the midst of the feathered hair and neon colors, flat abs, slender arms, and itty-bitty booties fill the scenes of older films in a parade of thinness. While this may merely highlight the non-body-positive Hollywood machine of bygone days, there could be more to the story. Have people in general put on significant weight in the last 30 years or so? And if the population has steadily gotten heavier, what’s behind the change?

It’s true that the last three decades have seen a major increase in Americans’ weight. As a nation, we are now heavier than ever. According to the CDC, as of 2017, nearly 40 percent of adults and 20 percent of teenagers fall into the categories overweight and obese. A growing public health crisis, obesity is one culprit behind rising rates of type II diabetes, death from heart disease, and even chronic pain.

These staggering numbers can make you wonder: Are adults today simply over-indulging, moving less, sitting more? Yes — partly. American calorie consumption has certainly increased dramatically since the Delorean was cool. We took in about 450 more calories in 2010 than in 1970. Most of us don’t exercise the recommended two and a half hours weekly. And the introduction of conveniences like online grocery shopping and Uber Eats — as much as we may enjoy them — haven’t exactly been a boon to millennials’ health. Food has become more easily accessible than ever, and often we don’t even have to leave our homes to get it.

While lifestyle choices such as these do play a major role in the obesity epidemic, they’re not entirely to blame for the difficulty we experience maintaining a healthy weight in the 21st century. Science indicates that other underlying physical changes may also have occurred in the last several decades.

In a study published in 2016 in the journal Obesity Research and Clinical Practice, researchers at York University in Toronto decided to dig a little deeper into this phenomenon. What would happen, they wondered, if millennials were put on a diet and exercise regimen that matched one researchers tracked in the 1980s? Would they, in fact, weigh the same as 1980s subjects? The surprising discovery: Even when taking in the same number of calories and exercising the same length of time, modern-day participants had a body mass index 2.3 points higher than their counterparts of the past. Clearly, something besides diet and exercise is involved.

Just what that something is, however, is up for debate.

“It’s likely very complex, with different things contributing over time,” says Dr. Jennifer Kuk, who co-authored the original study. One potential theory posits that environmental changes like pollutants or chemicals introduced since the ‘80s may have altered our metabolisms. Unfortunately, as Kuk points out, levels of these materials have not been monitored over time, so we can’t know for certain whether they correlate with weight changes.

Other substances, like medications, could also have had an effect. With more Americans on prescription painkillers and anti-depressants than ever, it’s possible that they account for some alteration in our weight. Changes to our collective microbiome present yet another potential factor. Many scientists believe we’re only beginning to understand the influence of our gut flora on numerous health considerations, including obesity.

Interestingly, the metabolic differences researchers have observed over time aren’t unique to Americans — or even to humans. Kuk notes that studies conducted on lab rats, monkeys in zoos, and wild animals have revealed similar results. All in all, this evidence seems to indicate that issues in our environment are part of the weight gain equation.

If diet and exercise aren’t the only contributors to weight gain in today’s adults, it’s not an excuse to throw in the towel on these healthy practices. We know they work to keep the body well, in terms of weight and numerous other aspects of health. But these findings do signify a necessary shift in our thinking. “We need to change the way we look at someone with obesity,” says Kuk. “We cannot know for certain that someone with obesity eats a lot or doesn’t exercise.” In fact, many people may actually be trying harder with less to show for it than ever before.

In a strange twist of fate, this call to compassion may actually help people to lose weight. One study found that mindful self-compassionate meditation yielded positive health behaviors, including weight loss. With millennials’ affinity for meditation, this could be a vital part of the solution to the obesity crisis.

What do you think of these studies? Let us know @BritandCo!

Sarah Garone
Sarah Garone is a mom, wife, nutritionist, and freelance writer in Mesa, AZ. She loves music and travel, speaks fluent German, and does a lot of running (to counterbalance the surprising amount of cookies she eats for being a nutritionist). Find her sharing great recipes and helpful nutrition info at A Love Letter to Food.
Diet
Health
Diet Healthy Living
More From Health