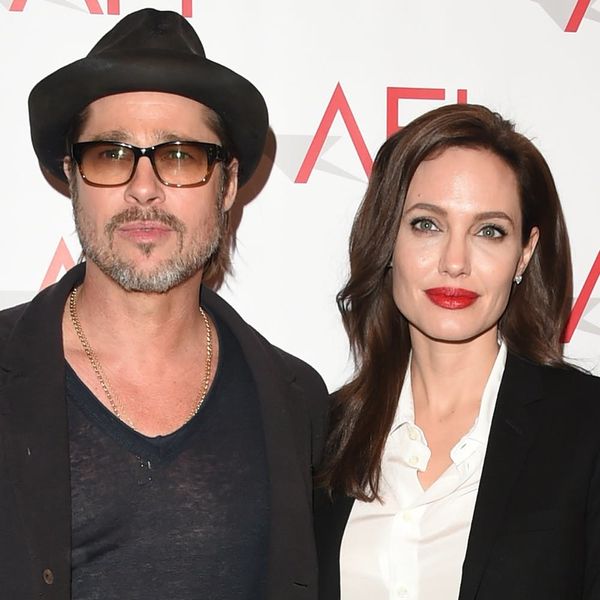 Brad Pitt and Angelina Jolie’s divorce has been seemingly anything but amicable thus far, with allegations of cheating and child abuse, as well as a scary death hoax to contend with.

For the next three weeks at least, the couple has agreed to play nice, however, striking a temporary custody agreement (effective through October 20) rather than fighting things out in court.

For the time being, Brad’s team has granted Angie’s request for sole custody with Brad receiving visitation rights, albeit not without some restrictions. His first visit with the children, for instance, will reportedly be with a therapist, with the potential for this to be carried out for the duration of the agreement. In addition, both the actor and Angelina have agreed to undergo individual counseling. Interestingly enough, they will also both be present for larger group counseling sessions with the children as a family unit, making us think there just might be a shred of hope in this mess after all?

Coming on the heels of the news that Angelina has hired crisis manager Judy Smith to help her cope with the larger-than-life headlines, however, we also can’t help but wonder if this turn-of-events wasn’t merely advised in an effort to help, well, manage the crisis.

And after the three weeks is up? That all depends.

If all goes well, the Department of Children and Family Services may simply make a few additional recommendations, but if things go south, they also retain the right to turn the situation over to the courts.

Ay yi yi! We, for one, are simply glad that there will be a cease-fire between both parties for the time being — it’s undoubtedly been one hell of a month for both of them (Brad reportedly hasn’t seen the kids since the news broke), as well as for their six children.

Here’s to hoping all goes smoothly!

Do you think Brad and Angie’s agreement sounds fair? Share over @BritandCo!

Nicole Briese
Nicole is the weekend editor for Brit + Co who loves bringing you all the latest buzz. When she's not busy typing away into the wee hours, you can usually find her canoodling with her fur babies, rooting around in a bookstore, or rocking out at a concert of some sort (Guns N' Roses forever!). Check out all her latest musings and past work at nicolebjean.com.
Celebrity Breakups
Celebrity News
Celebrity Breakups Celebrity Couples
More From Celebrity News