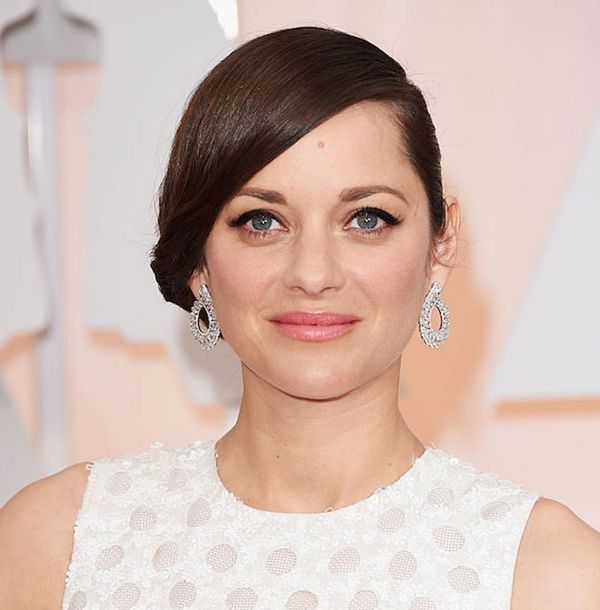 From a slew of new news and rumors around Brad and Angelina to more legal trouble for the Ramsey family, check out six of today’s top news items below.

1. Since Angelina and Brad’s divorce was made public on Tuesday, the entertainment world has been going bonkers. Actor Marion Cotillard, who Brad just made a movie with and was rumored to be having an affair with, released a statement shaming the rumors and wishing the ex-couple well — all while dropping the news that her and her husband are expecting their second child. “This is going to be my first and only reaction to the whirlwind news that broke 24 hours ago and that I was swept up into…Firstly, many years ago, I met the man of my life, father of our son and of the baby we are expecting. He is my love, my best friend, the only one that I need…Finally, I do very much wish that Angelina and Brad, both whom I deeply respect, will find peace in this very tumultuous moment. With all my love Marion.” (Photo via Jason Merritt/Getty)

2. Meanwhile, more rumors are starting to fly. While it was initially said to be an affair that Angelina uncovered that led to the divorce, TMZ is now reporting that Brad is being investigated for child abuse after getting verbal and physical on the pair’s private plane. He is said to have been intoxicated. And of course the whole world is waiting to see what, if anything, Jennifer Aniston has to say about all of this because imagine we simply let her live her nice life. Sources are claiming that she said, “Yeah, that’s karma for you!” though it has not been confirmed. (Photo via Kevin Winter/Getty)

3. JonBenet Ramsey’s family’s lawyer is suing CBS over their TV special. Yikes. The special concluded with experts saying they believe JonBenet was killed by her then-nine-year-old-brother, Burke, but L. Lin Wood is looking to fight that claim. “I will be filing a lawsuit on behalf of Burke Ramsey,” he told Reuters. “CBS’ false and unprofessional attacks on this young man are disgusting and revolting.”

4. Your fitness tracker is actually NOT helping you lose weight. A new study says that people who track their steps end up actually moving less overall, for an undetermined reason, and that diet still plays as much if not more of a role in weight loss. *Throws out step counter* WE’RE FREE, Y’ALL. (h/t Cosmo, photo via Dave Kotinsky/Getty)

5. OMG, The Weeknd just dropped a new single. The Weeknd sorta surprised everyone by announcing the new album Starboy yesterday, and within a couple hours also released his new single of the same name. It features Daft Punk and actually contains a ~very timely~ Brad Pitt reference. Check out a preview above.

6. Quote of the day: “You shouldn’t look her in the eye.” Michelle Obama jokes about what it’s REALLY like to know Beyoncé.

How would you react if you ever met Beyonce? Let us know over @BritandCo.