Potter Fans: Here’s the First Look at the Grown-Up Ron and Hermione 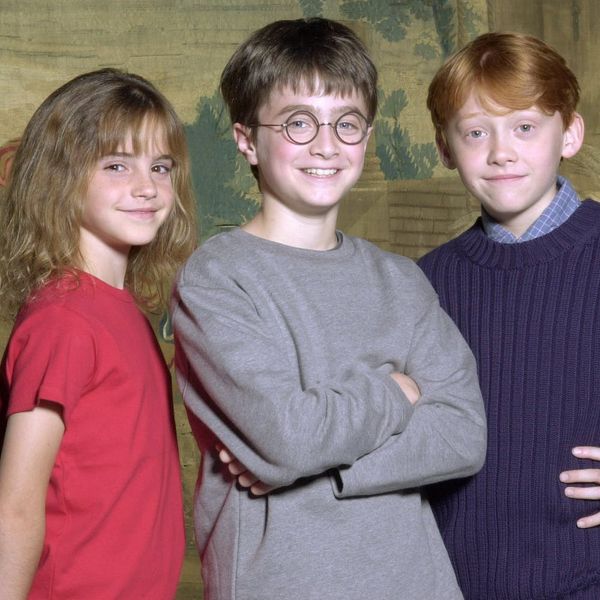 Just yesterday, we were given a sneak peak at the first pics of Harry Potter and his grown-up family in the Cursed Child, and now we have the first snaps of the Granger-Weasleys. Looking like they’ve taken inspiration from the original stories, Ron and Hermione might not be what you expect, but they’re just as awesome as you remember. As is their daughter, who is ready to take Hogwarts by (magical) storm.

“It’s 19 years later when the play begins,” explains Paul Thornley, who will be stepping into the role of Harry’s best friend. “Ron is married to Hermione Granger, and they’re now the Granger-Weasleys. Our magnificent daughter Rose Granger-Weasley is about to start at Hogwarts, which is obviously a big day for everyone.” No doubt!

Paul will be playing the character much as we remember him, and J.K. Rowling tell us via Pottermore, “Ron in his forties isn’t very different from Ron in his teens, except that his feet hurt a bit more. Paul’s so funny and brilliant in the role.”

Hermione, on the other hand, will be much as readers remember, but quite different from those who got to know the character through Emma Watson’s on-screen portrayal. This time played by Olivier Award-winner Noma Dumezweni, she is someone who “gets Hermione inside out.”

Getting into the role’s wardrobe for the first time, including the ever-important wand, Noma says she really found Hermione. “Being in full costume for the first time was stunning,” Noma reveals, “because I went, ‘Ahhh there you are.’”

And while we’re squee-ing over Ron and Hermione, the excitement is really all about new Hogwarts student Rose Granger-Weasley. Although she’s still young, actress Cherrelle Skeete has appeared both on stage as well as on screen and definitely flashes a look that perfectly melds Hermione’s determination (“they’re quite similar in the fact they put a lot of pressure on themselves. And she just wants to do the right thing,” says Cherrelle) and Ron’s cheekiness (J.K. describes her as “bossy but deeply loveable”).

But that doesn’t mean that the young actress isn’t totally overwhelmed by this amazing opportunity. “I can’t think about how big it is or I’ll just faint,” Cherrelle says. “Putting on my uniform, ready to go to Hogwarts, and seeing everyone else in their uniform was exciting. I’ve been looking at it every day in the wardrobe department, waiting for the day I can get on the Hogwarts Express.” So sweet!

But don’t think the sneak-peek fun is over, Potter fans! Tomorrow we’ll get to see the third and final reveal pics, which will be of two more wizarding characters. Any guesses?

What do you think of the new Ron and Hermione, as well as their daughter, Rose? Tweet us @BritandCo!