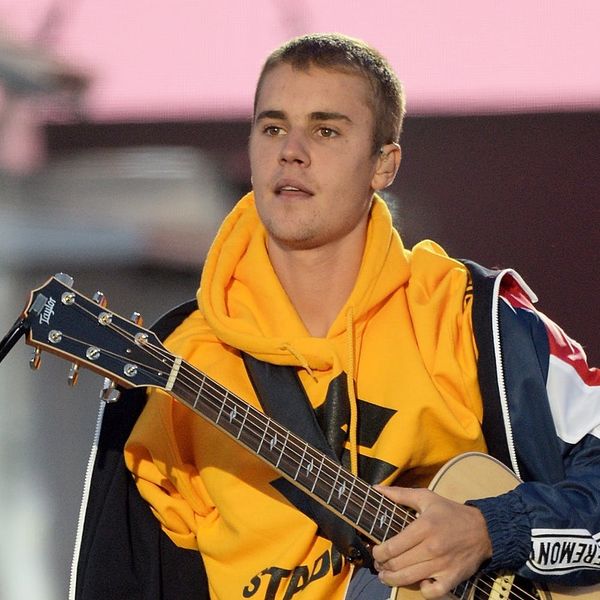 Justin Bieber is well on his way to being one fully tattooed fella. With new work regularly being added to his bod, it’s not unusual for the celeb to share an image of new ink. But this time, fans have been left scratching their heads over Bieber’s latest weird AF tattoo.

Posting a shot of his new ink to Instagram, the 23-year-old revealed that his latest addition (which joins his animal tattoos, his religious tattoo, and of course that lion tattoo he happens to share with two other celebs) isn’t a portrait of a loved one or any sort of spiritual symbol.

Instead, it’s a few lines of text above his knee that read, “Better at 70.”

I look back at a lot of things in my life, mistakes, insecurities, and although I have felt I've wasted a lot of time it also makes me want to be better faster! For me personally I want to work everyday to be BETTER AT 70

Explaining the meaning behind his choice, Bieber wrote, “I look back at a lot of things in my life, mistakes, insecurities, and although I have felt I’ve wasted a lot of time it also makes me want to be better faster! For me personally I want to work everyday to be BETTER AT 70.” Fair enough. And totally admirable, TBH.

Fans agree and are leaving replies like, “Proud of you! I Love you,” and “😍😍😍😍😍😍.” Others, however, weren’t exactly on board and dropped comments along the lines of, “Why you[r] beautiful body 😥😥😥😥nooooooo…….” and “this tattoo is one mistake u made.”

What do you think about Justin Bieber’s new tattoo and the meaning behind it? Let us know @BritandCo!