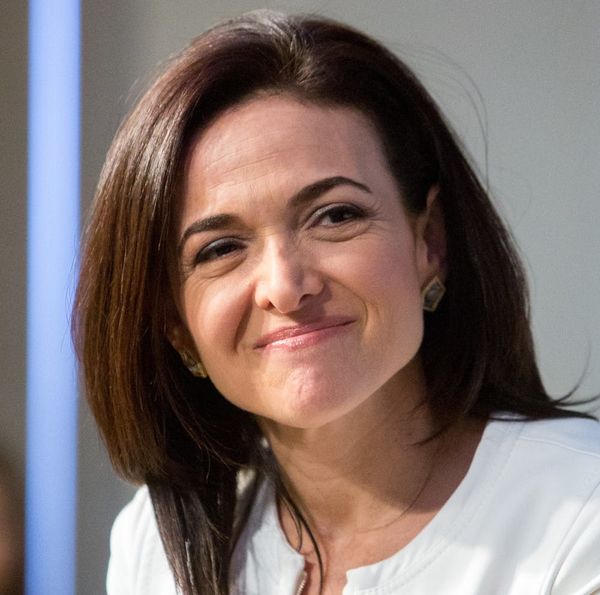 By now, virtually every working woman in America has heard the phrase “lean in.” The term was coined by Facebook COO Sheryl Sandberg in her 2013 book titled (what else?), Lean In: Women, Work, and the Will to Lead. The book received widespread praise following its release and excited thousands of working women who joined Lean In Circles, support groups for women to talk about work-related goals and challenges.

The philosophy of “leaning in” at work is simple: For working women to get ahead and achieve work-life balance, they should behave more like their male counterparts in the office. By “leaning in” and making sure they’re heard at work, women could solve workplace gender inequality.

It’s encouraging advice. The problem? Leaning in just doesn’t work. Many women had a sense that Sandberg’s advice wasn’t quite so deserving of praise from the get-go. Elizabeth Brueing wrote for the New Republic in 2015 that the lean in approach only applies to women in white collar jobs, and not to working class and low-income women. Writer and artist Vanessa Garcia blogged for the Huffington Post that she would not lean in, because she suspected it wouldn’t actually help.

Researchers now have solid evidence that leaning in simply doesn’t solve any problems for women at work. In an article published this month in the Harvard Business Review, three researchers who have worked with Harvard and also the analytics company Humanyze examined the core assumption of Sandberg’s philosophy: that women and men behave differently at work to begin with.

Sandberg claims in Lean In that women are quieter and less assertive than men in the workplace, and thus women’s ideas are unheard, and they are passed over for raises and promotions. But researchers Dr. Ben Waber, Laura Freeman, and Stephen Turban found that overall, women and men do the same things and act similarly at work. The team, who did not reply to Brit + Co‘s request for comment, examined the emails and meeting schedules for hundreds of employees at one company, and also gave the employees wearable sensors so the team could track their movements and conversations at the office. After analyzing all the data, the research team “found almost no perceptible differences in the behavior of men and women.”

So basically, if women and men are already acting the same, and men are still getting preferential treatment at work, Sandberg’s claim that women will gain equality by changing their behavior just doesn’t pan out. In fact, by blaming the way women act at work for the problems women face at work, leaning in totally ignores the real barriers to equality. According to the new research from Humanyze, it’s biases in the workplace driving the unfair treatment of women, and not anything that women themselves are doing or not doing. Essentially, it’s not that women are different at work, it’s that women are perceived differently than men and treated unfairly as a result.

This insight might leave some people scratching their heads as to what can actually be done to get gender fairness as the baseline in business. Waber, Freeman, and Turner suggest that companies should mandate gender diversity in hiring and promotional practices. This way, it’s guaranteed that more women will get hired and move up in the company when they’re qualified. The team also recommends that companies take a look at the workload of their employees, and keep in mind that working women, particularly if they have kids and/ or are married, probably have a disproportionate amount of (unpaid) housework waiting for them at home.

While Sandberg probably had the best intentions in mind for corporate women in her book, her assumptions about women in the workplace and the resulting advice don’t actually bear out in the data. Women aren’t doing anything wrong and don’t necessarily need to change their behaviors. Rather, employers need to create policies that ensure women are treated fairly. Based on this new research, the only way to make work more equal for women is to combat biases that women face, no matter how far in they lean.

What do you think about the research debunking “leaning in?” Tell us on Twitter @BritandCo.

Elizabeth King
Elizabeth King is a politics, history, and culture writer based in the Twin Cities. She is generally pretty cranky but still enjoys traveling, music from the early 2000's, and plotting the resistance. Feel free to say hi on Twitter at @ekingc or check out some of her work at www.elizabethcking.com.
Empowerment
More From Empowerment