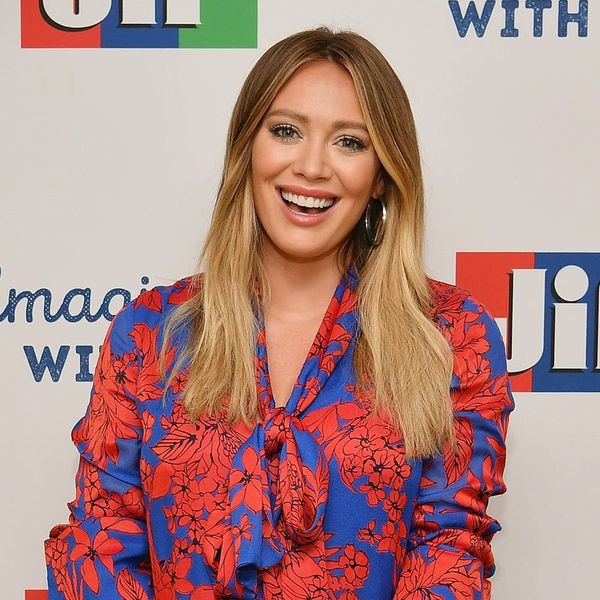 Younger fans, you don’t want to miss tomorrow’s finale. Season 5 started with a major bombshell — Charles (Peter Hermann) finding out the truth about who Liza (Sutton Foster) really is — and according to star Hilary Duff, it’ll end in a similarly jaw-dropping fashion on Tuesday, August 28.

“Josh [Nico Tortorella] gets the shock of his lifetime. And something happens to Charles that makes a big life change for Kelsey,” Duff teased Brit + Co in an interview to promote her partnership with Jif Peanut Butter’s “Imagine If, With Jif” contest. “The company’s been in trouble, and the young people in the office have not really been trusted with their decisions. But maybe that’s where the company should be headed.”

As for Liza’s plan to leave Empirical and live happily ever after with her former boss? “I’ll just go ahead and say that, obviously, Liza and Charles are not running off into the sunset, because the show would be over,” Duff said. “So a little something happens there, too.”

The Liza-Charles news will likely disappoint a lot of #TeamCharles fans, but Duff, for one, has “always been” #TeamJosh. “Josh is such a good guy!” she told us. “Do you remember [in season 3], when Josh waited for her because he knew she was going to get drunk with her book club? I know he’s young, but he takes her so seriously. He’s not just messing around. And he brings out that fun side of her. I’m always Team Josh. I say it to Peter’s face all the time.”

Of course, we all know that the real love story on the show is between BFFs Liza and Kelsey. Liza made that clear earlier in the season, when she told Kelsey that if it were a choice between their friendship and her relationship with Charles, their friendship would win every time.

“That was a really touching moment, when Liza was like, ‘If you’re asking me to choose, I’m gonna choose you.’ That was so monumental for Kelsey to hear, because I think she does still feel really lied to, even though she knows the truth and the reasoning behind it,” Duff explained.

Liza more or less pointed that out herself in the penultimate episode of the season, when she told Kelsey she was leaving Millennial so her best friend wouldn’t have to lie for her anymore. It was a compassionate (and necessary) gesture, because Kelsey probably would have covered for Liza forever.

“Once she’s your friend, she’s got your back,” Duff told Brit + Co of her character. “I think that, almost like Lizzie McGuire, she’s just super relatable. She has good qualities and bad qualities, and she owns the bad qualities. She’s fierce and she’s smart and she does what she needs to do and she fights to be listened to. But she’s also a mess. She has that juxtaposition where it’s like, ‘Wait, how do you have everything figured out over here but you can’t figure out this?'”

Off-screen, Duff’s personal life is in a much more stable place than her character’s. She and her boyfriend, Matthew Koma, are expecting a baby together — a little sister for Duff’s son Luca, whom she shares with Mike Comrie. Her role as a mom is actually part of the reason she got involved with Jif Peanut Butter’s “Imagine If, With Jif” contest, which encourages kids to use creativity to better the world. It’s the kind of thing Duff’s Younger alter ego might have done as a child. “For sure!” the actress said. “And she would have won.”

(photos courtesy of TV Land + via Dia Dipasupil/Getty for Jif)