People Loved That the 2019 Oscars Had No Host 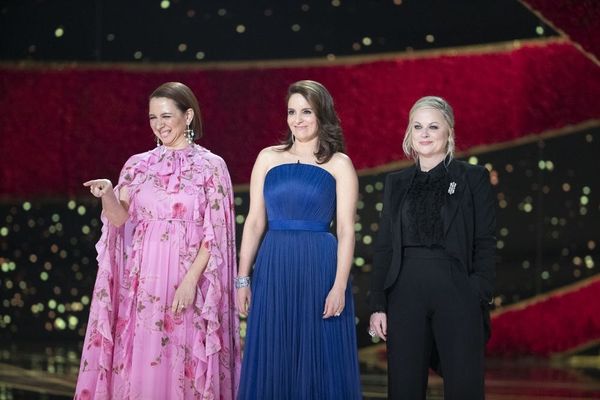 For the first time in 30 years, the Oscars had no host when the coveted gold statues were handed out on Sunday, February 24, 2019. And while there had been some skepticism in recent weeks over whether the formal Hollywood affair could pull off a hostless show, the reactions during the show suggest that viewers didn’t mind it one bit — and in fact, seemed to even favor the format to the traditional telecast.

“This hostless Oscars is like the part of The Office where Michael Scott left and they hadn’t hired a new boss yet and it turned out everybody worked better without a boss at all,” New York Times TV critic James Poniewozik tweeted.

His sentiment was echoed by fellow industry experts and regular viewers alike, with several people pointing out how quickly the several-hours-long show seemed to be moving along, while also appreciating that there seemed to be an added emphasis on showing clips from nominated films.

It helped, of course, that the show had plenty of serious star power and memorable moments from other sources — not only during acceptance speeches, but also when presenters were on stage to announce each category and musical performance.

“I vote for the #oscars to never have a host again!” one viewer bluntly tweeted. “This is great!”

The 2019 Oscars initially announced that Kevin Hart would host the 91st annual telecast, but amid controversy surrounding offensive previous tweets, the comedian withdrew from the gig shortly afterward. Rather than replace him, the Academy chose to have a wide array of presenters be the unofficial figureheads of the broadcast.

This meant some notable changes to the standard format: Instead of the usual host monologue, the show opened with a live performance from Queen and Adam Lambert. And judging by the crowd reaction shots from inside LA’s Dolby Theatre, it was an energetic and engaging start to what turned out to be a fast-paced program.

Some viewers did feel that the lack of a central host made the Oscars feel disjointed and without focus, while others wished that some of the presenters — most notably the iconic trio of Maya Rudolph and former Golden Globes hosts Tina Fey and Amy Poehler — had handled the entire show. But overall, the consensus was that the 2019 Oscars hugely benefited from having no host.

TV screenwriter Akilah Green predicted that Hollywood’s biggest night might even adopt the hostless format for good going forward — even if it means disappointing some people who might have had a shot at the main gig. “All the people who had ‘host the oscars’ on their bucket lists are watching their dreams fade in real time as the first hostless Oscars goes off without a hitch,” she tweeted. And she might be right.

Did you prefer the Oscars with no host? Let us know @BritandCo!