Oscars 2019: How Have Other Hostless Awards Shows Fared? 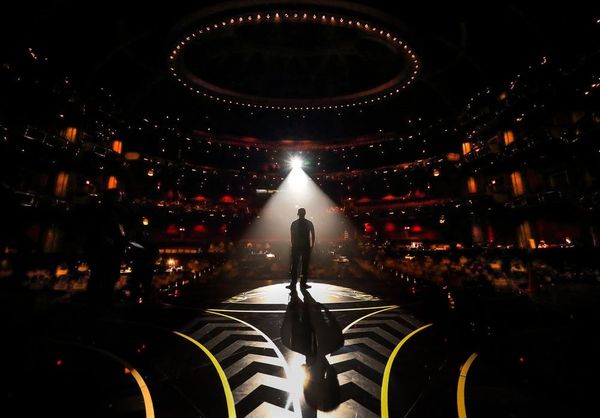 After a tumultuous few weeks following the announcement that Kevin Hart would host the 2019 Oscars — and his subsequent withdrawal shortly thereafter — the 91st annual Academy Awards are officially forging ahead hostless. It’s not the first time Hollywood’s biggest night is without a host. But the decision has left many wondering what the show will look like and how it will fare in the face of the recent controversy.

Hart was first announced as the host in early December. Just days later, he stepped down when decade-old tweets containing homophobic remarks resurfaced online. Despite attempts from the likes of Ellen DeGeneres to have Hart reinstated, and speculation over who could replace him, the Academy announced that an array of diverse presenters would instead take the place of a central host.

The telecast first strayed from having a host in 1939, and then again in 1969 and 1970. They returned to the hosted format for almost two decades beginning in 1971, before switching things up in 1989. That show featured a musical number starring Rob Lowe and Snow White (don’t ask) that was widely considered a disaster and even prompted letters from several A-list actors to the Academy president at the time, Richard Kahn, threatening to give back their statues if the show wasn’t fixed going forward.

Since then, the Academy has kept well-known comedians and actors at the forefront of the show. But while historically the Oscars haven’t fared well without a host, several other high-profile awards shows have done just fine.

The Golden Globes kicked off hostless in 1944 and remained that way until a blip in 1995, when actors John Laroquette and Janine Turner fronted the ceremony. After that, 14 years passed without a host until Ricky Gervais took over, kicking off a run of ceremonies that included three glorious years with Tina Fey and Amy Poehler. Stints by Jimmy Fallon, Seth Myers, and, most recently, Andy Samberg and Sandra Oh followed.

Similarly, the Grammy Awards have gone hostless and without a hitch on and off throughout its 61 years. But both the Globes and the Grammys are very different from the Oscars. The Globes have a reputation as awards season’s most informal formal event, with alcohol readily available and actors often up for anything. And the Grammys, which celebrate music, heavily favor live performances over giving out trophies.

The job of an awards show host is a hard one no matter what. It’s hard to please everyone: Ricky Gervais has been said to be too mean in his gigs, while Alicia Keys, who hosted the 2019 Grammys, was considered too laid-back for some people. The 2019 Oscars were likely to face this same criticism, whether it was with Hart or another individual at the helm. So far, former Golden Globes hosts Tina Fey and Amy Poehler, Crazy Rich Asians stars Awkwafina and Constance Wu, and several other stars such as Chris Evans, awards show favorite Maya Rudolph, and The Hate U Give star Amandla Stenberg have been announced as presenters and will be put up to the unofficial task of moving the show along.

And who knows? Maybe it’ll be great. Maybe this controversy is exactly what the Oscars need to breathe new life into a stale format. After all, the Grammys managed to course-correct following 2018’s #GrammysSoMale disaster. With Keys at the helm, this year’s telecast worked to fix the mistakes of its predecessor to deliver a pleasant and pointed show featuring a strong theme of female empowerment. It proved that expectations can be met or exceeded, and that wrongs can be righted, even in the face of reasonable doubt. Whether the Oscars can do the same remains to be seen.

Do you think the Oscars can pull off a hostless ceremony? Let us know @BritandCo.