All the Highlights from the 2019 Oscars 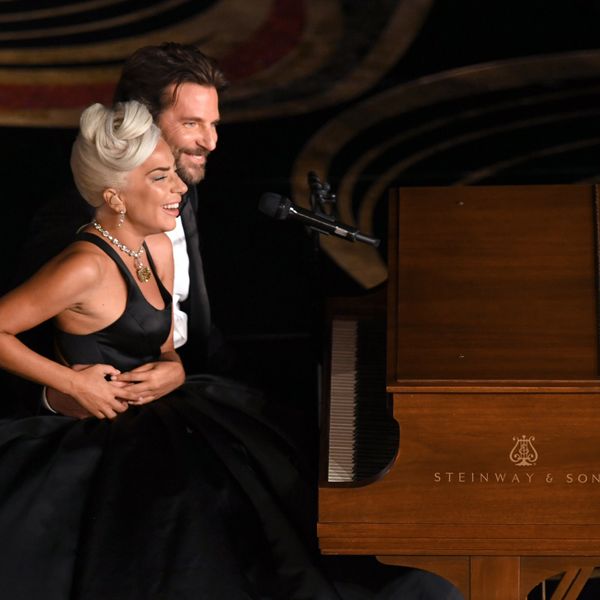 On Sunday, February 24, and during the annual entertainment industry event, Hollywood’s biggest and brightest stars came out to celebrate last year’s blockbuster movies. And while there were plenty of memorable moments throughout the night that were buzz-worthy for one reason or another, here are the highlights from the 2019 Oscars that everyone will be talking about. (Photos via Kevin Winter/Getty Images)

Adam Lambert kicked off the ceremony with members of Queen. Who needs a host with an opener like this? Lambert teamed up with Queen musicians Brian May and Roger Taylor for an electrifying performance of "We Will Rock You" and "We Are the Champions," which can be heard in the Freddie Mercury biopic (and Best Picture nominee) Bohemian Rhapsody. And true to their word, they did, indeed, rock us. (Photo via Kevin Winter/Getty Images)

Tina Fey, Amy Poehler, and Maya Rudolph showed us what might have been. Okay, we know we said we didn't need a host after that Adam Lambert performance, but that was before we saw three of our favorite SNL ladies together again. Fey, Poehler, and Rudolph reunited to present the Best Supporting Actress Oscar, and although they made it clear to the audience that they were not the hosts, they gave everyone a taste of what the night might have been like if they were.

Among the highlights? Rudolph's Black Panther-themed pickup line: "Hey, Chadwick Boseman, Wakanda plans you got later?" Poehler's relatable Spider-Man joke: "These Spanx are so tight they've entered my Spider-Verse." And Fey's Liz Lemon-esque Netflix quip: "Roma's on Netflix? What's next, my microwave makes a movie?" Rudolph and Poehler even broke out in a rendition of the Oscar-nominated "Shallow" from A Star Is Born, which earned a laugh from the ballad's singer-songwriter, Lady Gaga. Petition to have these three host everything, forever. (Photo via Kevin Winter/Getty Images)

Melissa McCarthy and Brian Tyree Henry outdid every red carpet outfit ever. McCarthy and Henry went all out to present the Oscar for Best Costume Design, which went to Ruth E. Carter for her work on Marvel's Black Panther. McCarthy wore some Buster Scruggs-inspired boots and spurs under a Renaissance-style robe — complete with a neck ruff — that was covered in stuffed rabbits, likely in tribute to Mary Queen of Scots and The Favourite. And Henry wore a Mary Poppins-esque ensemble with Wakanda face paint, to honor the nominees for Mary Poppins Returns and Black Panther. Is there an Oscar for best costume at the Oscars? (Photo via Kevin Winter/Getty Images)

Jennifer Hudson sang her heart out. Hudson delivered the night's first Best Original Song performance, singing "I'll Fight" from the Ruth Bader Ginsburg documentary RBG. Her voice sounded incredible, per usual, and she dressed the part in a satin tuxedo coat that looked a little like the judicial robes that Ginsburg wears as a member of the Supreme Court. (Photo via Kevin Winter/Getty Images)

Bette Midler brought Mary Poppins' magic touch to the stage. Keegan-Michael Key descended from the ceiling of the Dolby Theatre using an umbrella — and some secure wires — to introduce Midler, AKA the Divine Miss M, who delivered a pitch-perfect performance of Best Original Song nominee "Where the Lost Things Go." It was simple but lovely, proving that sometimes all you need is a beautiful song and a beautiful voice to sing it. (Photo via Kevin Winter/Getty Images)

Lady Gaga and Bradley Cooper took us deep Into the "Shallow." Perhaps the most anticipated musical performance of the night was by Lady Gaga and Bradley Cooper, who delivered a stunning rendition of the Best Original Song Oscar winner "Shallow," from A Star Is Born. With no introduction, the pair simply walked onto the stage from where they were seated in the audience, sat down (Cooper on a stool, Gaga at the piano), and started singing. Toward the end of their duet, Cooper joined his costar on her piano stool, and they finished the song side by side. If you need us, we'll be rewatching this on a loop for the next 24 hours. (Photo via Kevin Winter/Getty Images)

Awkwafina and John Mulaney basically auditioned to host a future awards show. Do the Golden Globes need a host next year? These two were among the best presenters of the night when they took the stage to present the Oscar for Best Animated Short. They nailed a bit about their mutual freak-outs over all the A-listers in the room, and they were damn charming while doing it, too. (Photo via Kevin Winter/Getty Images)

Olivia Colman gave the silliest, most delightful speech of the night. The race for Best Actress was a tough one this year, with formidable performances from the likes of Colman, Lady Gaga, Glenn Close, Melissa McCarthy, and Yalitza Aparicio. Close had won every major award leading up to the Oscars, and many people assumed she would win Sunday, too, so it was a surprise to hear Colman's name called instead. And no one was more shocked than Colman herself.

"It's genuinely quite stressful!" she exclaimed as she took the stage. "This is hilarious. I've got an Oscar! I have to thank lots of people. If, by the way, I forget anybody, I’m gonna find you later and give you all a massive snog, and I'm massively sorry if I forget you now."

She went on to thank her director, Yorgos Lanthimos, and her costars Emma Stone and Rachel Weisz, before turning her attention to her fellow nominees. "You could imagine, such hardship to be in a category with these extraordinary women," she quipped. "Glenn Close, you've been my idol for so long, and this isn't how I wanted it to be. I think you're amazing and I love you very much. I love you all!"

After a few other scattered (and very enthusiastic) acknowledgments, she ended with this gem of a stream of consciousness: "Any little girl who's practicing their speech on the telly, you never know. I used to work as a cleaner, and I loved that job. I did quite a lot of my time imagining this. Oh, please wrap up? [Fart sound.] My husband, Ed, my best friend. I love you so much. Twenty-five years you’ve been my supporter. He's gonna cry, I'm not. Lady Gaga!" (Photo via Kevin Winter/Getty Images)

Desiree O
Desirée O is a ‘Professional Bohemian’ who loves anything and everything related to the arts, entertainment, and pop culture. She ADORES being a ‘Newsy’ for Brit + Co, covering all of the latest tidbits of awesomeness that you want to read about. When she’s not writing, she’s either making messy art, going on long adventurous walks with her camera, or poking around over at bohemianizm (http://www.bohemianizm.com/). You can find out about Desirée O and her work at http://DesireeO.com/ or follow her on Twitter @DesireeO.
Oscars
Movies
Oscars Awards Shows
More From Movies