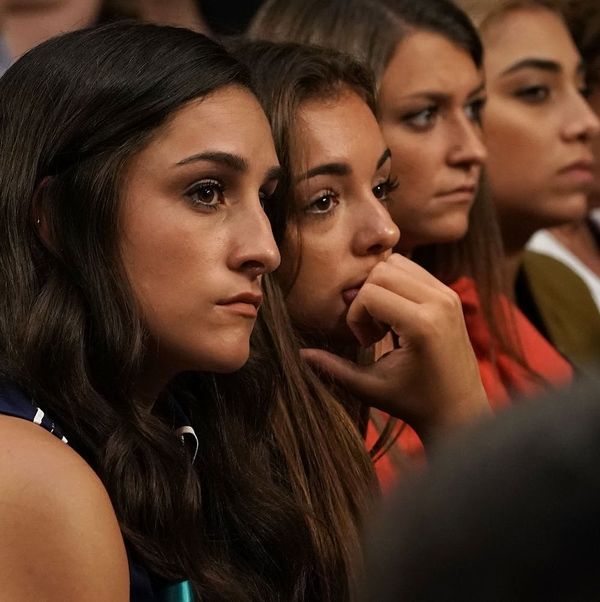 This week, just over a year after the #MeToo movement began to draw national attention, The Cut published a new report examining the forces that enabled USA Gymnastics doctor Larry Nassar’s abuse of hundreds of young gymnasts for decades. Contrary to traditional narratives surrounding cases of systemic sexual abuse by people in positions of power, the report pointed out how Nassar — once a trusted and renowned doctor to US gymnasts — was able to abuse so many girls for so many years. The key factor was not the silence of his victims, but decades of institutional protection.

The Cut reported that hundreds of women and girls had spoken about and reported the doctor’s actions — to coaches, Michigan State University officials, USA Gymnastics, psychologists and physicians, and each other. Nassar, who was found guilty of seven counts of first-degree criminal sexual conduct last year, maintained his status and position over the course of decades certainly through deceit and gaslighting of patients, parents, and coaches. But Nassar was also ultimately enabled by the active decision of people within institutions like Michigan State University and USA Gymnastics to protect him — at the expense of unsaid numbers of vulnerable women and girls, who, today, rank among some of the best-known, most accomplished athletes in the world.

The report exposed a tragic reality that is unfortunately buried in the media’s empowering narrative of women collectively breaking their silence about abuse in the #MeToo era: that for so many women through the years, silence was not the root of their problem. From top universities to tech companies to media outlets to American politics, powerful institutions’ protection of alleged abusers and/or prioritization of their reputations has cost unsaid numbers of women and girls safety and justice.

Months after Nassar and several Michigan State University and USA Gymnastics officials were indicted, and roughly around the same time the university announced it would pay more than 300 of Nassars’ victims $500 million, another university was in hot water for a case with eerie parallels.

This summer, the University of Southern California was embroiled in allegations tracing back to the 1990s that a former campus health center gynecologist, who was at one point the health center’s sole gynecologist, had sexually abused hundreds of female students, many of whom were international students. Nearly 150 accusers have filed lawsuits against both the doctor and the university, alleging that USC ignored their reports for years.

After an investigation by the Los Angeles Times, the university confirmed in May that Tyndall had been paid to leave following a complaint from a student in 2017. The university also confirmed that Tyndall had been the subject of eight complaints dating back to 2000. USC has, however, denied allegations that the university tried to cover up Tyndall’s history; Tyndall also denies wrongdoing. USC has nonetheless agreed to a proposed $240 million settlement with the doctor’s former patients.

And rampant, hidden sexual misconduct scandals aren’t exclusive to universities. Growing, male-dominated Silicon Valley startups have also become notorious spaces for sexual harassment and misconduct. Mass firings at Uber in the summer of 2017 followed the surfacing of allegations that traced back to the company’s 2009 founding.

Certainly, many work and education environments are not always supportive of people who seek to come forward about their experiences of abuse — that’s the whole basis of the #MeToo movement. It’s estimated that between two-thirds and 84 percent of sexual assaults are unreported, and for survivors who fear professional repercussions or threats to their safety for accusing powerful men — or any men, for that matter — speaking up can mean losing everything. But even in the spaces where women and survivors are able to safely speak up, men in influential positions are frequently given the benefit of the doubt at the expense of women’s perceived credibility.

In the case of the allegations of sexual abuse against then-Supreme Court nominee Brett Kavanaugh earlier this year, predominantly male US Senators and President Trump — who is publicly accused of sexual misconduct by more than 20 women, himself — discredited and dismissed allegations as a partisan conspiracy, and installed Kavanaugh on the court nonetheless. Accuser Christine Blasey Ford, meanwhile, faces ongoing death threats and has been unable to return to work for fear of her safety.

Over the past year, we have seen steps taken to address sexual misconduct in multiple areas. Facebook, Uber, Google and Microsoft have all ended forced arbitration policies, allowing employees filing sexual harassment claims to take complaints outside of the company to courts of law. The House of Representatives and the Senate have both passed legislation to reform reporting policies for those working for Congress who experience sexual misconduct.

But the harrowing stories of Nassar, those he abused, and the system that enabled him to hurt and traumatize so many are a dark reminder of the many ways power structures privilege the powerful.