Dr. Christine Blasey Ford Joins the Ranks of Women We’ve Failed in the Name of Justice 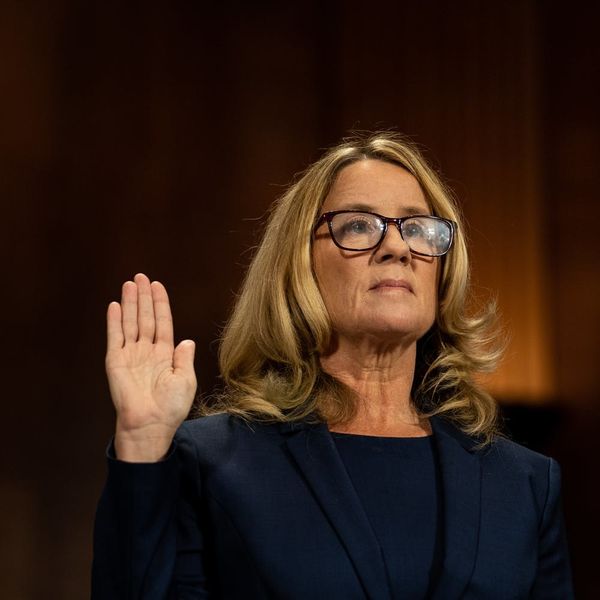 Dr. Christine Blasey Ford made international waves for her bravery earlier this fall when she testified against Brett Kavanaugh during his Supreme Court confirmation hearings. Before Trump even selected Kavanaugh as the nominee to fill Justice Anthony Kennedy’s seat on the SCOTUS bench, Ford reached out to her political representatives to tell them she was concerned about Kavanaugh’s fitness for the role given her allegation that he had sexually assaulted her when both were in high school. Ford, now a professor of psychology, eventually gave a moving testimony before the Senate Judiciary Committee that detailed the allegation and the effect of the memory.

Unfortunately, for carrying out what she described as her civic duty, Dr. Ford has been relentlessly attacked for months without reprieve.

According to a new NPR report, Ford’s lawyers say that she and her family have had to move homes four different times since Ford first came forward publicly with her accusations against Kavanaugh; the relocations, the lawyer says, are due to credible threats on her life. Kavanaugh, meanwhile, has since started his work as a Supreme Court justice.

Kavanaugh supporters attacked Ford’s motivations for testifying during the judge’s confirmation hearings, frequently suggesting that she was a paid liberal operative, or was merely seeking fame and fortune by testifying. Funds were in fact given to Ford, not for book deals or TV appearances as malicious opponents predicted (Ford’s lawyers say she has no interest in profiting from this experience), but for security detail.

Two separate GoFundMe campaigns created for Ford and her family after she came forward raised hundreds of thousands of dollars to help cover security costs. On October 3, Ford wrote a thank-you message on one of the fundraising pages, in which she expressed that “the costs for security, housing, transportation, and other related expenses are much higher than we anticipated and they do not show signs of letting up,” and added that “funds received via this account will be used to help us pay for these mounting expenses.”

It’s worth noting that a fundraising campaign directed to Brett Kavanaugh’s family raised just short of a half-million dollars, itself. (Editor’s note: Numerous outlets have mistakenly reported that the fund reached its $600,000 target.) Kavanaugh has said he will not accept the donation, which has since been rerouted to a Catholic charity.

For standing up for herself and other survivors, Ford’s life has been turned upside down, which is not an uncommon occurrence for women who facilitate discussions at the expense of men’s power and influence. Last month, Moira Donegan, the freelance writer behind a short-lived 2017 spreadsheet titled “Sh-tty Media Men,” was issued a $1.5 million defamation lawsuit by writer Stephen Elliott, who had been accused of rape by an anonymous contributor to the document, which Donegan created to help women protect each other. And as famous men like Louis CK orchestrate comebacks following run-ins with the #MeToo movement, it can be easy to overlook the life-altering sacrifices — careers torched and opportunities lost — made by the women who dared speak out in the first place.

Ford testified that, like many survivors of sexual assault, she developed PTSD and anxiety at least in part as a result of the trauma inflicted by the alleged assault. A psychologist herself, Ford also testified that she’s been in therapy for years.

Ford has been contending with the impact of the alleged incident for more than half her life already, and the ongoing threats on her and her family for her courageous act shine a spotlight on the various ways people make survivors suffer. Though Dr. Ford has the financial means and the support to care for herself during this horrible time, not all survivors have the same resources. To truly care for survivors of sexual assault and to protect them when they come forward, it’s essential to provide them with support for as long as they need it, which may end up being decades.