Your Love of Pumpkin Spice Could Get You More Dates 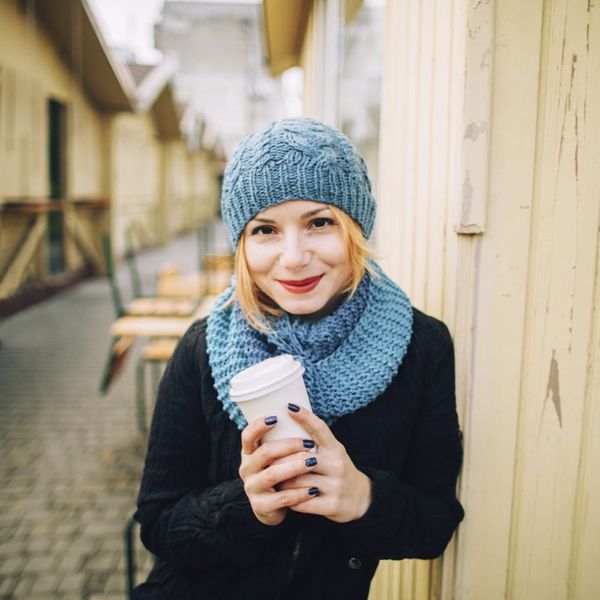 Unless you’ve been living under a rock during the last few fall seasons, you know all too well the mania that comes along with one of autumn’s now-signature flavors: pumpkin spice. Whether you get your fix in the form of the new Pumpkin Spice Chai Tea Latte from Starbucks, in your breakfast cereal (thanks for that, Cheerios), or in your deodorant (yes, pumpkin spice deodorant is a thing), you can pretty much be part of this craze anytime, anywhere throughout the fall months. Even if you’re a pumpkin spice hater, you’ve gotta admit that all the PSL talk makes you feel a little warm and fuzzy inside. The trend is so ubiquitous, in fact, that dating site Plenty of Fish recently conducted a survey of 2,800 singles on how pumpkin spice affects their dating lives, as well as their perceptions of potential significant others.

“Consumers eagerly await these seasonal favorites, which are coming out earlier and earlier each year,” says Plenty of Fish dating expert Shannon Smith of the inspiration for the study. “We figured, why not look at pumpkin spice’s tie to dating by examining what singles think about it and how [it] may affect how desirable someone is to a prospective partner.” Pumpkin spice-loving relationship seekers everywhere will toast their seasonal lattes to the overall takeaway from the survey. While we’ve heard rumblings that pumpkin spice has crossed over into being too trendy — dare we say, “basic”? — the vast majority of singles aren’t concerned about it.

Of Plenty of Fish’s sample, just six percent of men and 11 percent of women said they wouldn’t date someone who proclaimed their love for pumpkin spice. In fact, women who mention “pumpkin spice” in their POF profiles are eight percent more likely to get into a conversation online than those who don’t include the tasty keywords — and while we’re sure that those women had tons of other things going for them that encouraged their fellow Plenty of Fish users to strike up a conversation, the stats suggest that being a pumpkin spice fan is, at the very least, not a great disadvantage in the dating world. “Contrary to popular belief, the data shows that you shouldn’t be afraid to express your interest and love for pumpkin spice on your profile and in your conversations,” Smith encourages. “It’s a great and timely conversation starter!”

Beyond being just an icebreaker, pumpkin spice can also be the basis of a great date. According to the Plenty of Fish data, only six percent of singles actually hate the flavor, so inviting a crush to join you for a seasonal beverage or a pumpkin muffin is a pretty safe bet. “Take advantage of this seasonal trend,” Smith advises love seekers. “Use [it] as a reason to ask someone out on a date.”

Alli Hoff Kosik
Alli Hoff Kosik is a freelance writer who is passionate about reading, running, rainbow sprinkles, her lipstick collection, watching embarrassing reality TV, and drinking pink wine. She lives in Brooklyn with her husband and (in her dreams, at least) three golden retriever puppies. Listen to her talk books on The SSR Podcast.
Autumn
Relationships
Autumn Dating Pumpkin Relationship Advice
More From Relationships