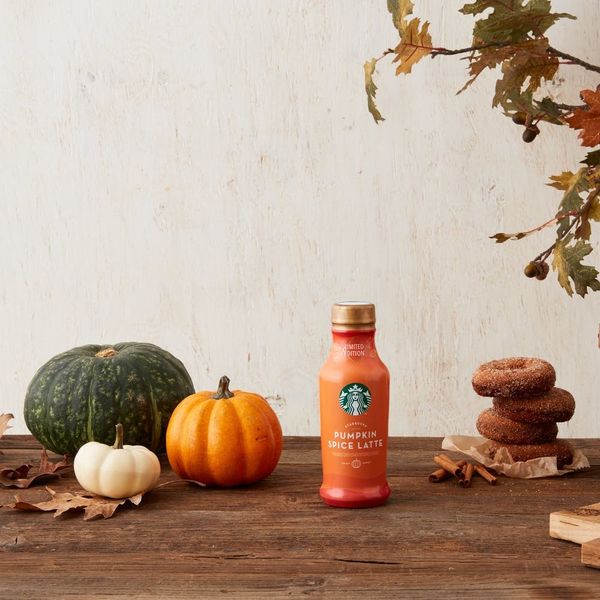 Starbucks lovers, we have got the *best* news for you. If you were getting a little tired of the Pumpkin Spice Latte (as if!), the coffee giant has just announced a brand new pumpkin spice drink that’s landing on the menu this fall.

Though hardcore pumpkin fans have always loved adding pumpkin spice syrup to their chai lattes, Starbucks just announced they’re officially adding a Teavana Pumpkin Spice Chai Tea Latte to their menu. And while the official start of fall isn’t until September 22, beginning today, September 5, pumpkin addicts can get their chai on while still praising the pumpkin gods.

Just like the regular old Pumpkin Spice Latte, the new Pumpkin Spice Chai Tea Latte is only available for a limited time in participating stores, so you’d better hurry if you’ve gotta “chai” it.

Arielle Tschinkel
Arielle Tschinkel is a pop culture junkie who went to NYU because the Olsen twins went to NYU (really). She is a freelance writer whose work has also been featured on HelloGiggles, Refinery29, SheKnows, Bustle, Hollywood.com, and many others; and she's living her dream one Britney Spears GIF at a time. Follow her on Twitter @mrstschinkel or visit her website at arielletschinkel.com.
Coffee
Food News
Coffee Drink Pumpkin Starbucks
The Conversation