This Is How Tattoos Could Affect Your Love Life 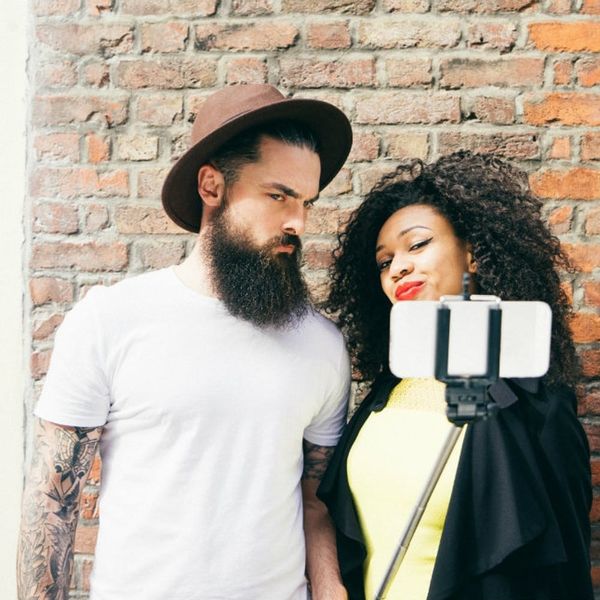 Like many big decisions in life, getting a tattoo (or not!) is a pretty personal choice. What you get inked, where you put it, and its significance are all details that are up to you and only you. But sure, since your ink says a lot about you, it’s hard not to think about the way that other people view your tattoos, especially when it comes to landing a job. Whether you want a tiny ankle design or to turn your body into an elaborate canvas, a new study says your ink might affect something you haven’t thought about: your love life. Data from Pew Research Center showed in 2010 that nearly 40 percent of millennials have at least one tattoo, so this could majorly impact the Gen Y dating scene.

The study, which was conducted by researchers at Jagiellonian University Medical College in Poland, tested the effect of tattoos on 2,580 people’s (okay, mostly women’s) perceptions of men. Because getting inked is painful and — back in the day — was dangerous enough to be a medical risk for infection, the researchers speculated that men with tattoos were historically perceived as healthier and stronger, and thus would be more attractive to women.

In their study, the researchers hoped to determine the way that tattoos are linked to perceptions of attractiveness, masculinity, dominance, and aggression — in addition to how good of a partner and father each man might be. To study these effects, male models posed with or without a tattoo, then participants in the study (both men and women) were asked to rate the men on different qualities.

The results confirmed the hypothesis in part: Women said that they saw guys with tattoos as healthier, but the tats surprisingly had no influence on ratings of attractiveness. Overall, men with tattoos were also perceived as more dominant, aggressive, and masculine by both men and women (since all subjects were heterosexual, this could imply that men think women prefer tattooed men over non-tattooed men).

While some women find these attributes desirable, the study showed a disconnect between perceived health and the way that women view potential parenting partners with tattoos. In general, men with the tattoos were seen as being less likely to be a good partner and parent. Harsh. Guys with tattoos are definitely still crush-worthy… but female participants basically said men without ink have more long-term relationship potential.

One non-scientific note when thinking about the connection between these qualities and the bearer of the ink is what type of tattoo someone has. On one hand, barbed wire might have a certain connotation, whereas a tattoo concerning a special place or person might have the opposite effect. Or just go ahead and have some casual fun with your crush, who has some majorly hot ink. Either way, your tats (and who you date) is your choice — so ink away!

How do you feel about your S.O.’s tattoos? Let us know @BritandCo!

Gabrielle Gresge
Gabrielle Gresge is a Chicago native and journalism student at the University of Missouri. While not chasing deadlines, she enjoys giving campus tours, exploring her new home, and missing her old one. She loves to write about these experiences in her own handwriting at gabriellegresge.wordpress.com.
Dating
Relationships
Dating Relationship Advice study
More From Relationships