Louie or Lewis? Here’s How to Pronounce Prince Louis’ Name 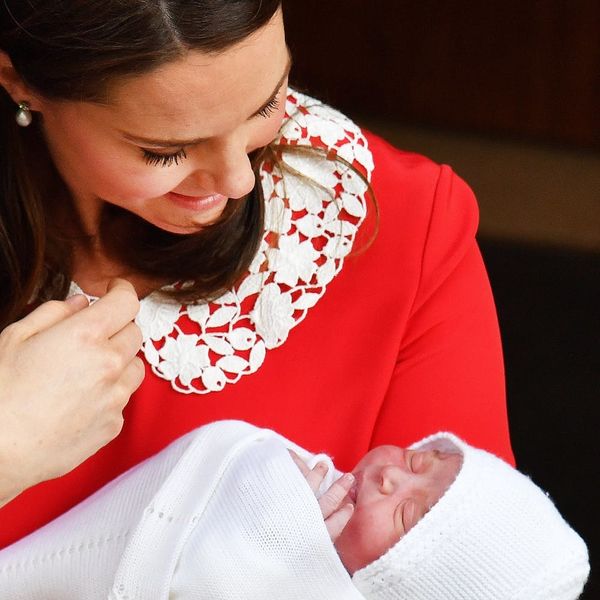 On Friday, April 27, Prince William and Duchess Kate Middleton announced that they had named their newborn son Prince Louis Arthur Charles. The announcement was met with surprise — Louis wasn’t even in the top five predictions among UK bookmakers — and also a bit of confusion from people wondering how to pronounce the name.

The classic moniker has a lot of significance to the family, with both French and German connections. But royal watchers wanted to know if the prince’s name is pronounced the French way (Louie or LU-ee) or with an Americanized spin (Lewis or LU-iss).

According to Us Weekly, Kensington Palace confirmed that the French pronunciation is correct, with a silent “s.” Several UK tweeters also shared the proper way to say the newborn’s name.

For my American friends Louis is pronounced Lew-ee not Lewis – silent s! #royalbabyname

Prince William, whose full name is William Arthur Philip Louis, also uses the French pronunciation. (You can hear it in video of his wedding vows to Duchess Kate.) And he’s in good company with men such as Louis Armstrong, Louis Vuitton, and former One Direction member Louis Tomlinson, who tweeted a playful reaction to the news of Prince Louis’ name early Friday. “Young Louis, welcome to the world. I’ll take you under my wing, lad. The Adidas tracksuit is in the post!” he quipped.

Desiree O
Desirée O is a ‘Professional Bohemian’ who loves anything and everything related to the arts, entertainment, and pop culture. She ADORES being a ‘Newsy’ for Brit + Co, covering all of the latest tidbits of awesomeness that you want to read about. When she’s not writing, she’s either making messy art, going on long adventurous walks with her camera, or poking around over at bohemianizm (http://www.bohemianizm.com/). You can find out about Desirée O and her work at http://DesireeO.com/ or follow her on Twitter @DesireeO.
Royal Baby
Pop Culture
Royal Baby Royal Family