3 Ways to Stay Positive When You Hit a Workout Plateau 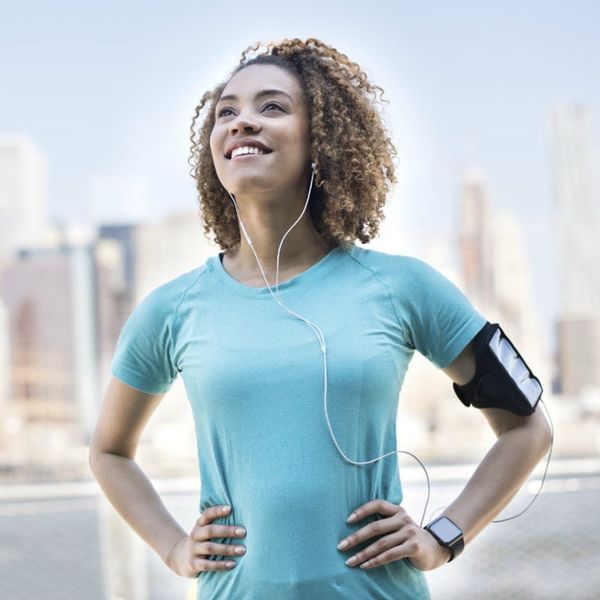 If you’ve been working on your fitness goals for a while, chances are you’ve encountered a slowdown in your progress at one point or another. It can be hard to keep your spirits up when you feel like you’re not improving, whether you’re prepping for a half marathon race, working on a tough yoga pose or just trying to improve your overall strength with home workouts. Sometimes, not even workout motivation mantras or post-sweat-sesh rewards will get you back on track. So we tapped some seriously fit experts to find out how you can keep your head in the game when you’re frustrated with your lack of improvement.

1. Give yourself a reality check. Elizabeth Corkum, coach at Mile High Run Club, says the first things you should do when you realize you’ve hit a plateau are to take a deep breath, then look back over your training history. “There are usually clues there as to what worked and what didn’t. It’s relatively common for folks to hit a plateau if they improved quickly at a skill. Often we then expect every workout or race to be a personal best,” she says. “As we get closer to our maximum potential in any sport, it takes more and more work to make those improvements a reality.”

In other words, if you made great strides when you first started doing a particular kind of workout, that’s amazing! Just know that, as you get closer to your max potential in any type of physical activity, it’s 100 percent normal for your progress to slow down. Small gains are worth celebrating too.

2. Know that it’s partly mental. Alonzo Wilson, founder of Tone House (one of the world’s toughest workouts, #forreals), says that the negative things your brain tells you when you’re working out can seriously hold you back from getting to the next level. “For example, I had a client that could bench press 205 pounds five times easily, but when he would try 225 pounds, he just couldn’t do it. He would say ‘this looks too heavy’ and I could see the worry on his face. So I blindfolded him and told him that I put 225 pounds on the bar, but I actually only put on 205 pounds.” Sneaky!

Previously, “he couldn’t do one rep,” says Wilson. “His only roadblock was his mind!” If your thoughts are saying you can’t possibly do something, try telling yourself that you can. If you believe you can lift a little more or run a little faster, you might find yourself doing it with less effort than you expected.

3. Create a game plan. One of the main reasons people encounter breaks in their progress is because the human body is incredibly smart and adaptive. If you do the same kind of exercise a few times a week, your body will get better at it and eventually it’ll become easy. In order to get stronger, you need to challenge yourself in a new and different way.

Andrea Fornarola Hunsberger, celeb trainer and owner of Elements Fitness Studio, says switching up your workouts is crucial. “If you’re a runner, take a yoga or barre class. Changing your routine actually confuses your muscles, making them work harder. Muscle confusion strengthens both the mind-body connection and actual muscle strength, leading to an increase in overall performance,” she says.

No matter what your goals are, the most important part of working out is that it should make you feel good both physically and mentally. It’s easy to get caught up in competition with your own personal records, but if you’re not making progress as often as you want, remember that you’re doing something awesome and positive for your body, and that’s what really matters.

Have you ever conquered a workout plateau? Tell us how you did it @BritandCo!

Julia Malacoff
Julia is a writer, editor and proud life-long vegetarian based in Brooklyn, NY. An avid traveler, meditation enthusiast and exercise junkie, she stays active in every new locale she visits.
Fitness
Health
Fitness Workouts
More From Health