How to Vacay Like Taylor Swift (Tom Hiddleston Not Included) 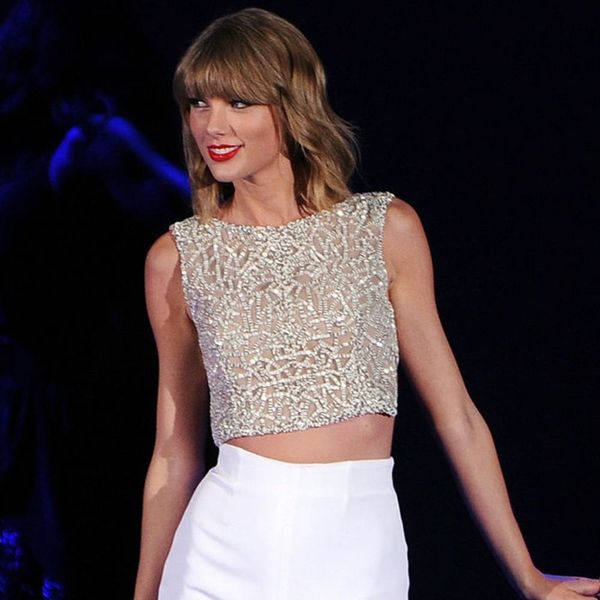 Taylor Swift and Tom Hiddleston‘s whirlwind romance is straight out of a rom-com — that is, if the main characters were filthy rich, ridiculously gorgeous, crazy talented and had a major case of wanderlust. From their MET Gala dance to the deets of Tom and Tay’s first date, we’re a little envious of the glam amour these two new love birds are displaying. While their relationship may or may not be real, the experiences and places they’re visiting are, and you can go there too. Here’s how to vacay just like Tay (you’ll just have to find your own studly Brit).

Tom and Tay have already been to Rhode Island twice, once for their coming out party and also during Taylor’s Fourth of July party.

Stay here: Taylor Swift, Tom Hiddleston and her all-star squad stay in Swift’s massive $17.5 million beach house, which has eight bedrooms and more than 10 bathrooms. While it might be a bit difficult to get the same kind of digs, you can rent a gorgeous room at the nearby Ocean House, with turn-of-the-20th-century decor, fine dining and a magnificent oceanfront setting that’s high atop a bluff overlooking Block Island Sound. Sounds like a good compromise to us. (Photo via Ocean House)

Eat here: When Tom and T. Swift first hit Rhode Island, they had a long, lingering meal at the Olympia Tea Room, a classic New England seafood restaurant in Watch Hill that’s been in biz for 100 years. “Tom and Taylor were… in the back left booth drinking white wine,” an eyewitness told Us Weekly. The two also ordered the restaurant’s famous Avondale Swan pastry with oodles of whipped cream and fudge. (Photo via Olympia Tea Room)

Do this: Take long walks along the beach and make out on the rocks. Frolic in the water with your supermodel and actor friends (or just normal besties will do).

Taylor and Tom hit Nashville, Tennessee to hang out with Taylor’s parents (showing how serious things are getting) and to see her ride-or-die, Selena Gomez, perform. (Photo via Getty)

Stay here: Taylor has a place in Midtown, which is her fave. “I love living in Midtown,” she told Nashville Lifestyle Magazine. “In 10 minutes, I can walk to Hillsboro Village through the Vanderbilt campus, past the gorgeous old stone buildings and churches. I love being so close to Green Hills and the Gulch and Broadway. Everything is two minutes away. I’m obsessed with the history of this town.” We’d suggest staying at the Union Station Hotel, a boutique hotel situated inside a beautifully restored 19th-century railroad station. (Photo via Union Station Hotel)

Eat here: Tom and Taylor went on a double date at the farm-to-fork restaurant Adele’s, which serves up plates of gulf red snapper with farro, pork spare ribs with green onion mostarda and gnocchi with gulf shrimp and roasted tomatoes. They also got their meat on when they ate at the local Ruth’s Chris Steakhouse. (Photo via Adele’s)

Do this: Hang out with friends and family. If you don’t have any… make some. Nashville’s a very friendly place.

Taylor and Tom were only in Suffolk, where Tom’s mom lives, for 24 hours, so this will be a quick trip!

Stay here: Tom’s from Ipswich, so you’ll want to get a place in the quaint Suffolk village. Hintlesham Hall is a grand resort with plush rooms and elegant dining that would totally meet T. Swift’s glam standards. (Photo via Hintlesham Hall)

Do this: Head to the Aldeburgh beach like Taylor, Tom and Tom’s mum, and go for a stroll. Hold hands with your boo while you walk and make sure to bring a jumper (AKA a sweater — England is not known for its warmth).

Tay and Tom went for romance (and raised the vacay bar) by visiting Rome. They arrived via Taylor’s private jet, set off for their plush hotel and then immediately started sightseeing and canoodling. (Photo via Getty)

Stay here: The couple reportedly stayed in the Nijinsky Suite at the Hotel de Roussie, in the heart of Rome. The suite is “decorated in a contemporary style and is composed of a library, guest powder room, sitting room, kitchen with a separate bar area and a dining room that seats 10 guests. The dressing room and the walk-in wardrobe lead onto a marble and mosaic bathroom with a steam bath and separate shower.” Plus it boasts a terrace with killer views. With a room that incredible, how would you ever leave? (Photo via Hotel de Roussie)

Do this: While in Rome, Taylor and Tom took in the sights in style. They went on a private tour of the Colosseum, a tour of the Vatican and a helicopter ride over the city.

After a quick pit stop at LAX, the duo jetted off — on a very, very long flight — to Australia. It’s not all pleasure in the land down under — there’s business for Tom. The Marvel movie star is reprising his role as the menacing Loki for Thor: Ragnarok, which is being filmed on the Gold Coast.

Stay here: While co-stars like Mark Ruffalo are supposedly staying at the Synergy in Broadbeach and Chris Hemsworth has his own waterfront mansion, Taylor and Tom are holed up at the Peppers Hotel in the Oracle. They’ve apparently taken over a huge suite that has three bedrooms and bathrooms and a wraparound balcony that has 270-degree views of the beaches. (Photo via Oracle)

Eat this: The headline-stealing couple were spotted dining at Gemelli Italian in Broadbeach, Australia. They specialize in wood-fired pizza and homemade pasta. Yum!

Next stop? Your guess is as good as ours!

Which Tay- and Tom-approved place would you like to go to most? Tweet us @BritandCo and let us know!

Sunny Chanel
Sunny Chanel is a freelance writer as well as the founder of the whimsical site Wonder and Company. When this proud San Franciscan isn't writing, working on her fixer-upper or doing crafts, she is playing dress up with daughter and planning her next trip to Disneyland.
Taylor Swift
Travel
Taylor Swift
More From Travel